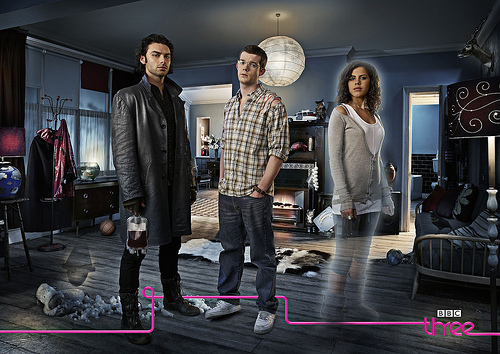 Still searching for that elusive, definitive, premiere date for Being Human, series 3, on BBC 3, but nothing yet from the more elusive schedulers over at the Beeb. As you have determined from prior posts, I love this show. Premise sounds a bit like it came out of Buck Henry’s mouth in Robert Altman’s classic, […]

END_OF_DOCUMENT_TOKEN_TO_BE_REPLACED

Being Human, season 3 – behind the scenes

While it’s not ‘officially’ 2011 as of yet, doesn’t mean we can’t set our sights on several series that premiere during the first part of the new year. You already know about Downton Abbey and Upstairs Downstairs, which as a reminder, transmits tonight (Boxing Day) in the UK. A placeholder note to the U.S. that Downton […]