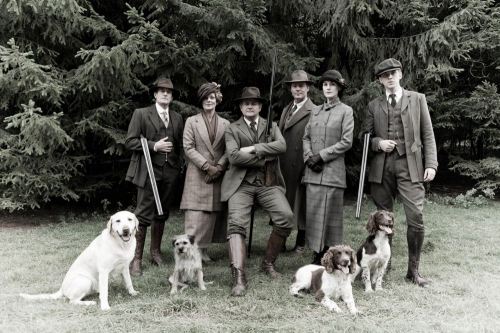 As avid U.S. viewers of Downton Abbey are acutely aware, lucky UK telly watchers have already been treated to an early Christmas with the recent completion of the second series of the hit ITV series. But wait. There’s one more present to unwrap. Even though the Downton Abbey Christmas Special broadcast schedule has not yet […]

END_OF_DOCUMENT_TOKEN_TO_BE_REPLACED

As telly watchers in the UK wake up to the realization that last night was the final episode of Downton Abbey 2 until Christmas, separation anxiety will soon kick in as they await the season finale. Not much sympathy, I’m afraid, from long-standing U.S. members of the worldwide chapter of the DA2 support group who continue […]