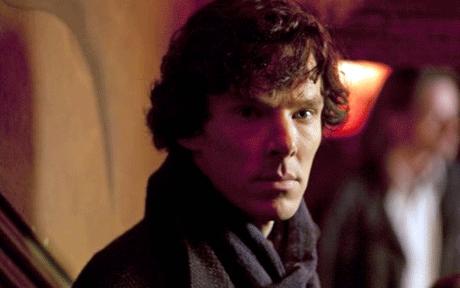 Not since we all witnessed the end of the David Tennant era and beginning of the Matt Smith era on Doctor Who has there been as much viewer anticipation for a series premiering in the UK.

It premiered this past Sunday on the BBC and is written by Mark Gatiss (The League of Gentlemen) and Steven Moffat (Doctor Who, Coupling).

Having seen only just the trailer, at this point, as the series of three 90-minute programs do not come to the U.S. until the PBS (and KERA) premiere on Masterpiece beginning Sunday, October 24, 2010, Sherlock and Dr. Watson find themselves flung head-first into the 21st century.

Watson is cast as an army doctor who was injured in the war in Afghanistan while the Holmes character is perfectly written to be more in line with the character that lived in the head of Arthur Conan Doyle rather than any previous small or large screen adaptations over the years.

The only downside according to this review in the Telegraph was that all the guesswork was removed as to whether or not the Holmes character was a complete sociopath. As Serena Davies points out, with previous portrayals by Basil Rathbone and Jeremy Brett, you never knew for sure if they were “nut jobs or a jolly decent bloke.”

As written by Moffat and Gatiss, there’s no question. If that’s the only downside, I think I’ll be ok.

From my standpoint, by modernizing Holmes and Watson in the 21st century, you eliminate all the obligatory comparisons that, ultimately, occur when adaptations or remakes are done. With that in mind, definitely mark your calendars for Masterpiece, Sunday, October 24 and 31 and November 7 on PBS stations nationwide.