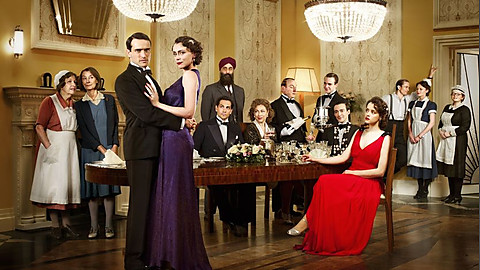 As Downton Abbey barrels towards its second series conclusion on Sunday evening in the States, it’s time for the UK to return to 165 Eaton Place with the beginning of the second series of Upstairs Downstairs. (PBS broadcast in the States is, tentatively, Spring 2013.)

On all counts it has been a tough year for the BBC’s Upstairs Downstairs having had to live in the shadow of ITV’s Downton Abbey and the immense worldwide love affair with the series. Also, the fact that Dame Eileen Atkins decided against returning to the series and with Jean Marsh having suffered a mild stroke prior to filming began, it was not to be an easy task. As scripts were quickly re-written it was clear that Marsh’s character, Rose Buck, would not appear in early episodes. 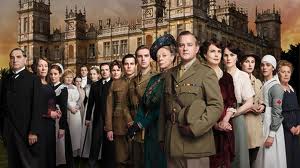 While there will be no immediate match for the Dowager Countess in terms of screen greatness, Alex Kingston has been added and both Keeley Hawes and Ed Stoppard will return to 165 Eaton Place for series 2.

That said, we are talking about the BBC, so I’m guessing that there is still a lot of fight left in the Upstairs Downstairs camp when it premieres on Sunday.

According to the Guardian, “Upstairs Downstairs is visually sumptuous, rich in painstakingly accurate period detail and one in the (heavily bandaged) eye for Downton’s camp tendencies towards anachronism and melodrama.“.

Personally, having seen a few clips, I think the residents of 165 Eaton Place are more than up to the challenge. As the Guardian says…may the best butler win.