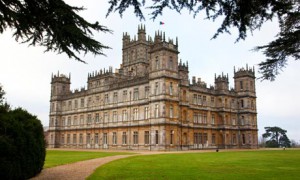 Now THIS is what makes the Internets interesting. Since 2010, the desire and hope there would be a Sherlock/Downton Abbey crossover has been an on-again, off-again trending topic on Twitter. I recognize most of Planet Earth would rather see Benedict Cumberbatch’s Sherlock step out of the TARDIS but, somehow, seeing Sherlock match wits with the Dowager Countess ranks right up there for me. Imagine if Sherlock had been called in from the beginning, Mr. Bates would have never spent the entire series 3 in prison for the murder of his ex-wife! Given that both Sherlock creators and writer, Steven Moffat and Mark Gatiss, have sizable ties to the Traveling Time Lord, a Sherlock/Doctor Who crossover was always more likely to happen “someday” but still…

Thanks to YouTuber, Jasmin Holmes, we don’t have to wonder what it would be like. At least how the opening of Sherlock would look if done in the style of Downton Abbey. Enjoy!