If you’re a P1 fan as I have since day one of the brilliant BBC One crime drama, New Tricks, you’ve probably noticed a number of changes over the course of the last couple of series. Whether it’s the writing, the acting or the storylines, the series has weathered virtually a complete cast overhaul in the last three seasons while continuing to maintain consistently strong audience figures. From 2012-2013, the original band of Dennis Waterman, Alun Armstrong, James Bolan and Amanda Redman finally began to break up after being on the road together for eight series with Bolan first to leave the series during series 9 in favor of Denis Lawson, who joined the cast in 2012. Amanda Redman, who played UCOS Chief Superintendent Sandra Pullman, and Alun Armstrong left the series at the end of series 10 with Only Fools and Horses star, Nicholas Lyndhurst, becoming the newest recruit to the Unsolved Crime and Open Case Squad (UCOS) in 2013 along with Tamzin Outhwaite of Eastenders, Red Cap, and The Fixer fame for series 11. 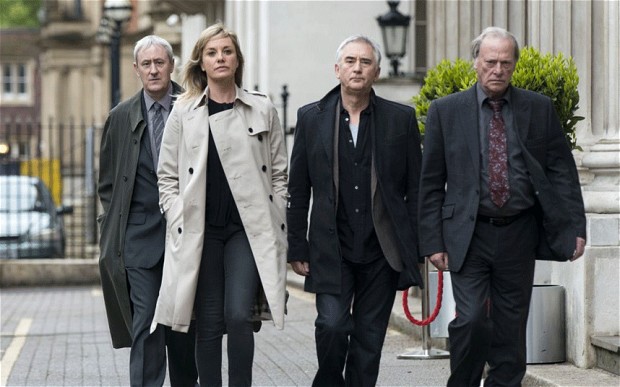 Following another extremely successful series in 2013, New Tricks will say goodbye to the last original old dog, Dennis Waterman, who announced he was leaving the show and the end of the 12th series. This means that in the span of the last three years, the entire cast will have completely turned over. Waterman will be replaced with the newest old dog when former Eastenders star, Larry Lamb, joins UCOS for series 12. 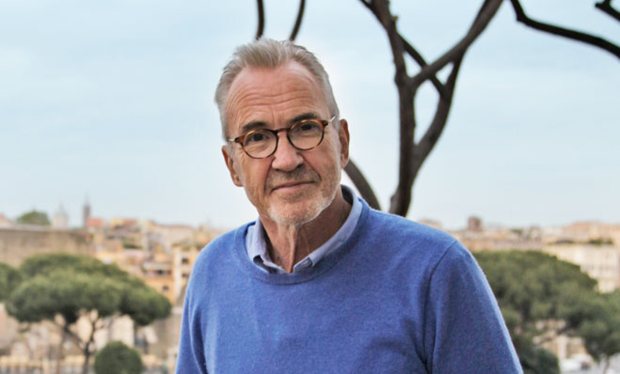 “I’m thrilled to have been asked to join such a well-loved show. The writing and the cast are top notch and I’m really looking forward to getting started,” said the former Gavin and Stacey star, who will join NCOS as ex-cop, Ted Case. Lamb’s arrival in the crime drama will coincide with the departure of Dennis Waterman, who has played Gerry Standing since the show’s first series in 2003.

For New Tricks fans on the American side of the pond, series 11 will being on public television stations in early 2015 while series 12 is currently being filmed in the UK with a targeted Fall 2015 transmission date not yet set.