The bicycle-riding residents at Nonnatus House are getting back together for their annual heart-warming Christmas Special when Call the Midwife returns to the small screen Christmas Day on both BBC1 and PBS. While there will definitely be no Festivus and the customary airing of the grievances this holiday season, if you’ve seen past Christmas specials, you know that it’s also not all sugar plum fairies dancing in everyone’s head. Past Christmas specials have involved abandoned babies left on the front steps of Nonnatus House, seen Shelagh agonize over her decision to leave the convent, witnessed first hand the full-effects of the Korean War being felt throughout London’s East End and an unexploded German bomb found nearby, detonated and, subsequently, permanently damaging the midwives’ residence. Beyond the fact that this years special will pick up with Trixie and Chummy as they get on with their ‘life after Jenny’, not much has been leaked as far as the storyline this year. I’m going to go out on a limb and say we’ll probably had a very heart-warming Christmas nativity pageant of some sorts but given the recently released picture, she does seem to be having a bit of difficulty navigating the show-covered roads of Poplar. 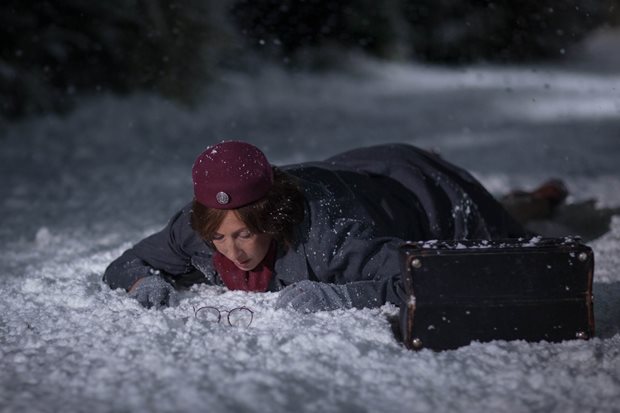 The most exciting thing for Call the Midwife fans this Christmas will be the introduction of Vanessa Redgrave as an elderly Jennifer Worth. Redgrave is no stranger to Nonnatus House as she has narrated the opening and closing credits of Call the Midwife since episode one. This years special will see Redgrave, as Worth, preparing for Christmas long after her days as a midwife working in London’s East End. The Call the Midwife Christmas Special will air Thursday, 25 December at 7:50p immediately following the series finale of Miranda on BBC 1 and at 8:00pET/7:00pCT on PBS in America on Christmas Day. 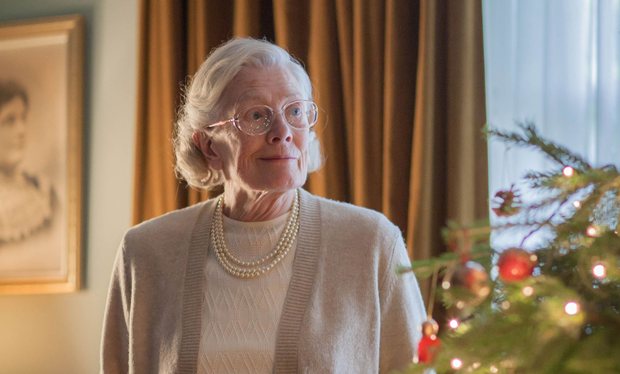 Get our your tissues! Here’s a quick preview of this year’s special that was first transmitted during the Children in Need’s Appeal Night on BBC 1. Hopefully, this should tide you over until Christmas Day!