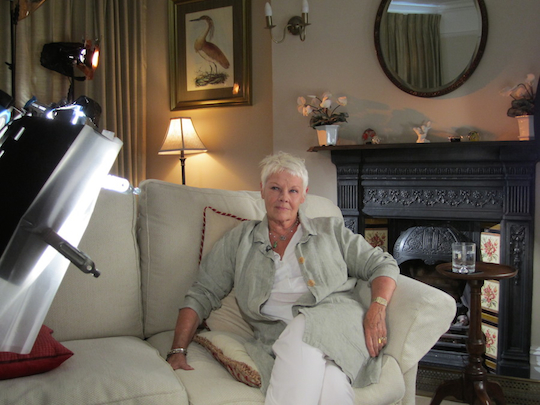 This pic is from our Summer 2010 interview with Dame Judi Dench for the PBS special, Behind the Britcom: From Script to Screen. She was absolutely the most delightful person on the planet, bar none. What struck us the most was her admitting that what terrified her the most was the time right before going onstage to record every episode of As Time Goes By. We found out later that day that she was to sing “Send in the Clowns” at a July 31 Royal Albert Hall to mark Stephen Sondheim’s 80th birthday. That BBC Proms performance was only days after she sat down with us….and, As Time Goes By terrified her?

Happy 80th to an amazing Dame. No need to write anything else.