Imagine you create and produce reality television and you strike gold with one of your ideas. How do you even begin to top yourself and find the next bright and shiny thing? It’s simple if you’re Love Productions, creators of the wildly successful reality series, The Great British Bake-Off. Fresh off last weeks brilliant announcement that Bake-Off will get its American premiere on PBS beginning Sunday, December 28 at 8:00p ET/7:00p CT, comes word that series creators are developing Britain’s Best Potter for a BBC2 transmission in Spring 2015. Producers are scouring the UK for Britain’s most enthusiastic potters and ceramicists who not only think Ghost with Patrick Swayze and Demi Moore is a great movie because of the pottery scene, but are “lively characters who are comfortable being filmed”. 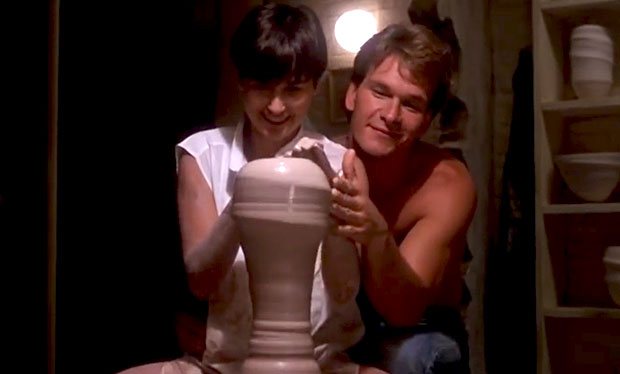 While television creators seem to go into hyperdrive when it comes to creating spin-offs of successful reality shows, there’s something endearing about the British spin-offs to The Great British Baking Show. While they are dangerously close to going a bit overboard having already developed The Great British Sewing Bee and The Great Allotment Challenge, there is something much more civil about these spin-offs than there is about the endless Gong Show or bug-eating spin-offs that seem to be monopolizing American television these days.

If you’re up to the challenge, applications for Britain’s Best Potter close at midnight, Sunday, 4 January, 2015. Time to channel your inner Patrick Swayze… 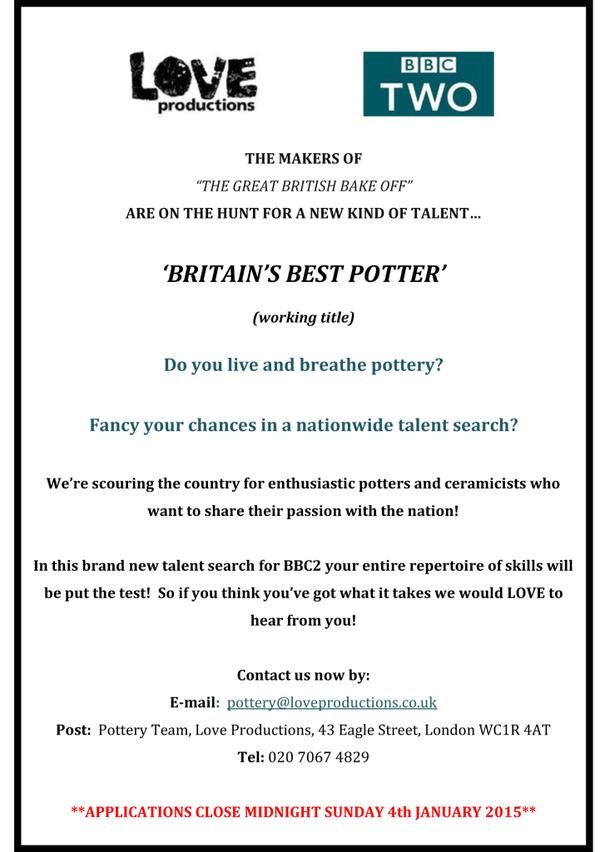 A huge top-of-the-hat to Radio Times who noticed that Britain’s Best Potter is a ‘working title’ so they came up with their own. Here are a few of my favorites. For a complete list, click here.

Unfortunately, Wheel of Fortune is already taken. Ok, let’s review. The Great British Baking Show comes to PBS on Sunday, December 28 and applications for Britain’s Best Potter close at 12midnight on 4 January, 2015. Plenty of time to rent Ghost and fire up the kiln over the holidays.