Holidays are filled with endless memories of Christmas’ past. Interestingly, for a generation of telly viewers, some of the most nostalgic memories are triggered by classic American commercials such as the unforgettable “Peter Comes Home” mid-80’s commercial for Folgers Coffee, the late 70’s Santa coming down a ski slope on a Norelco shaver and the 1970’s snowman warming up in front of a bowl of chicken noodle soup from Campbell’s Soup. 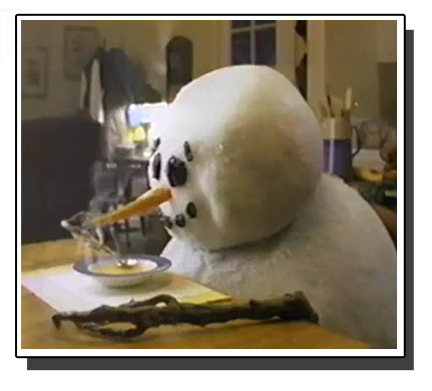 2014 is no different as the onslaught to tear-jerker holiday adverts have hit the air not only in America but in the UK as well. As usual, John Lewis kicks off the annual gift-buying feeding frenzy leading up to Christmas Day. This year the U.K. department store chain is battling it out with supermarket chain, Sainsbury, for the one that will  generate the greatest number of teary-eyed moments. In the John Lewis spot, a young boy who finds his penguin friend Monty a mate for Christmas with British singer/songwriter, Tom Odell singing John Lennon’s “Real Love”.

Based on the Christmas Truce of 1914, a series of unofficial cessations of hostilities that occurred along portions of the Western Front during World War I where German and Allied soldiers, hearing Christmas hymns being sung, both stepped out of the trenches and met in no man’s land that day to exchange gifts, take pictures, sing hymns and, some claim, play football, the Sainsbury advert premiered during ITV’s Coronation Street. The supermarket chain teamed up with The Royal British Legion (RBL) for this years “Christmas is for sharing” advert which, while it has generated a sizable share of negative comments calling it tasteless, is worth at least a couple of boxes of kleenex this holiday season. Personally, with all the profits this holiday season from the sales of the £1 chocolate bar will benefit the RBL, I’m ok with this one. You be the judge.

If you’re like me and love behind-the-scenes extras sometimes more than the actual feature, click here for a BTS look at the making of Sainsbury’s 2014 Christmas advert.