For the past two nights, Carnegie Hall was the place to be if you happen to find yourself as part of the growing number of individuals who are pretty much done with Christmas music at this point in the holiday season mainly because they have been playing it in stores since before Halloween. The perfect antidote was provided by none other than an original member of Monty Python, Eric Idle, who is also known for Spamalot, the brilliant stage musical version of the all-time classic Python film, “Monty Python and the Holy Grail”. What could be better than a Monty Python inspired oratorio at Christmas time? What could possibly be a better time of year than the present to hear the likes of “Hail to the Shoe,” “We Love Sheep” and, of course, “Always Look on the Bright Side of Life”! 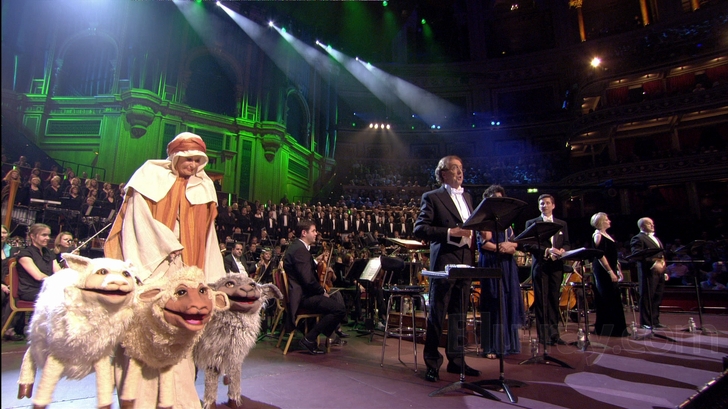 Not The Messiah (He’s a Very Naughty Boy), based on the 1979 Python film, “Monty Python’s Life of Brian”, tells the story of Brian, Jesus’ next door manger neighbor who himself is also mistaken for the Messiah. This is nothing short of classic Python. For the Carnegie Hall performance, Idle was joined onstage by the Collegiate Chorale with Broadway performers Victoria Clark (Light in the Piazza, Cinderella), Marc Kudisch (Assassins, The Apple Tree), Lauren Worsham (Gentleman’s Guide to Love and Murder) and William Ferguson and under the direction of conductor, Ted Sperling. Not The Messiah (He’s a Very Naughty Boy) has played to sold-out audiences around the world since 2007 beginning with the original Royal Albert Hall performance.

Idle and his Spamalot partner-in-crime have really dialed up the stakes to a Nigel Tufnel-like “11” by integrating the brilliant but “low” Python-style of humor with the high culture tradition of the symphony orchestra and specifically, the oratorio, which is a large musical composition for orchestra, choir, and soloists. Idle has always been quick in his spot-on assessment of Not the Messiah explaining that in composing Not The Messiah, Du Prez “…used every kind of music, from Mozart to Gilbert & Sullivan and to doo-wop. You have the Beatles followed by Bach followed by Beethoven followed by the blues. So the oratorio contains all genres of music, including a surprise appearance by Bob Dylan [played by Idle]”.

“It’s very sweet because we do it as a full oratorio, white tie and tails,” Idle explains, adding, “So it’s done with dignity. Fancy. Taken very seriously, which sort of increases the silliness of it all… I think.” Over the past two nights, Carnegie Hall audiences probably came away with what they expected except the dignity part. It is Python, after all. Let’s hope it makes its way around the U.S. in the not-too-distant future even if it’s not Christmas time.