If you are wondering what it would be like to be a part of the Crawley family and stay overnight at Highclere Castle, the setting for Downton Abbey, now is your chance…sort of. Beginning Valentine’s Day, the Highclere estate is offering guests the opportunity to access your inner-most Dowager Countess and stay the night in London Lodge, the castle’s Georgian Grade II-listed gatehouse. The gatehouse features two separate lodges, which are situated either side of the property’s heavy iron gates, and which each accommodate two guests. The lodge stay is self-catering and will be available to rent during the spring and summer when Highclere Castle is open to the public. 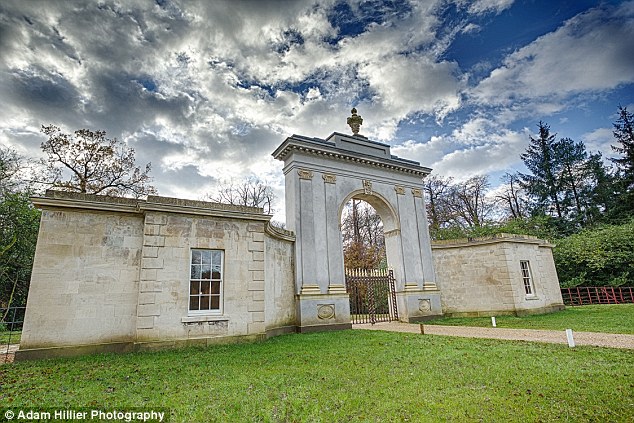 With per night charges starting from £350 ($547) a night, it is being billed as the perfect getaway for Downton Abbey fans wanting to sample first-hand the aristocratic lifestyle depicted in the hit drama. Situated at the top of the mile-long driveway which leads to Highclere and left unused for decades, London Lodge is to the north of the estate, with paths and tracks taking guests back through the parkland towards Dunsmere Lake, The Temple of Diana and expansive views of the Castle. Think To the Manor Born and Audrey fforbes-Hamilton staying just down the road but still on the manor property.

All in all, a bit pricey especially since breakfast isn’t included, but it is an option to think about when you book that 2015 tour of Highclere. While London Lodge is not exactly Highclere, it will give you a brilliant opportunity to wake up in the morning and utter classic phrases like “…What is a weekend?” or. perhaps, “…I couldn’t have electricity in the house, I wouldn’t sleep a wink. All those vapors floating about”. Rest assured, London Lodge does have electricity.

And, just in case there are impending nuptials in your future, you best get out your checkbook and be willing to wait. There is a long waiting list to marry there, with each wedding earning the estate £15,000 ($23,454).  Prior to the beginning of Downton Abbey, Highclere was in desparate need of urgent repair after it had been ravaged by damp and rot. It’s hard to believe watching Downton that Highclere isn’t in pristine shape but back in 2010, there were at least 50 rooms that were deemed uninhabitable and its stone turrets having fallen into disrepair. No wonder the Earl of Grantham was always in financial difficulty.