Labeling it an ‘overwhelming experience’, Benedict Cumberbatch, star of The Imitation Game, talked recently about his filming the story of wartime code-breaker Alan Turing in the place where he actually lived and worked, Bletchley Park. It was Turing, the troubled genius mathematician, who spent the Second World War building an early computer that could crack encoded Nazi messages. Because of his work, he and his fellow codebreakers are credited with ending the war some two years earlier than expected. Set for a Christmas Day premiere in America, The Imitation Game has already premiered to both critical and audience acclaim in the UK. 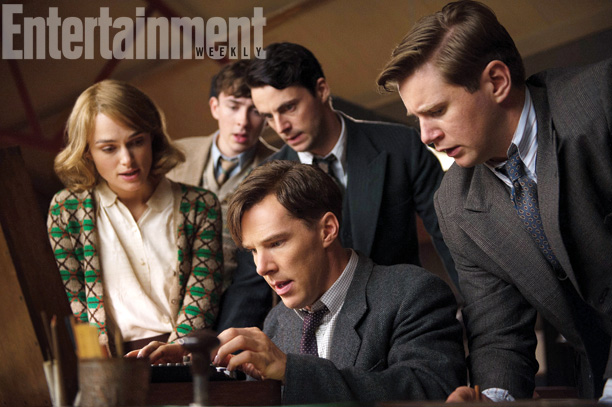 “To work in the environs where this actually happened, where people breathed, lived, loved and worked, struggled, kept secrets, were heroic, quietly stoically, was really overwhelming,” explained Benedict Cumberbatch in a recent podcast interview with Bletchey Park staff. “At Bletchley Park you realized that everywhere you looked, the architecture, the sky, some of the trees were there way before any of the code-breakers were even there. It adds something, you really feel you are playing slightly with ghosts. It’s nerve-wracking because we’re fictionalizing what really happened here.”

If you are interested in learning more about the site that was originally Britain’s best kept secret, Bletchley Park, it’s now a major tourist attraction funded by the Bletchley Park Trust. The restoration project’s main goal was to preserve and commemorate the tireless work of the Codebreakers with a number of exhibits within the WW2 Codebreaking Huts and Blocks. The wooden Codebreaking Hut 3 and Hut 6 along with Block C were targeted to give visitors a glimpse of what wartime life was actually like at Bletchley Park for the extraordinary individuals that worked in secrecy amidst a tranquil country estate setting.

Only a 45 minutes train ride from London’s Euston Station to Bletchley and then a short 5-minute walk to Bletchley Park. For me, this is now a bucket list destination in the near future.