With a number of familiar and a few new faces in tow, series 4 of Call the Midwife is ready to grace your telly screen in the UK very soon. If you are in America, not to worry, as PBS will premiere the new season beginning Sunday, March 29 at 8:00pET/7:00p CT. PBS viewers, you had best clear your calendars for this night and cancel anything that even remotely resembles an appointment as following the CTM S4 premiere that night will be the new season of Mr. Selfridge on PBS’ Masterpiece series followed by the premiere of Wolf Hall! 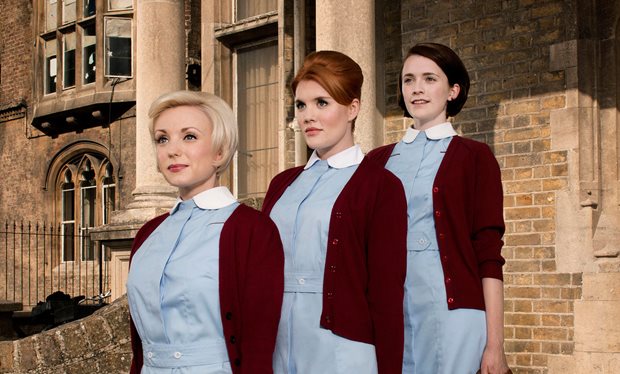 Now, back to the Call the Midwife premiere, Charlotte Ritchie joins the cast as new nurse Barbara Gilbert while Nonnatus House tackling one of its toughest cases yet. Her character is described as naive and chaotic (sounds a bit like a 1957 version Jenny Lee if you ask me). “She begins quite badly and sort of redeems herself a bit later on,” Ritchie said, adding: “She has a couple of really tragic moments which is awful and then she kind of gets into her stride a bit more – but she still continues to make mistakes along the way.” 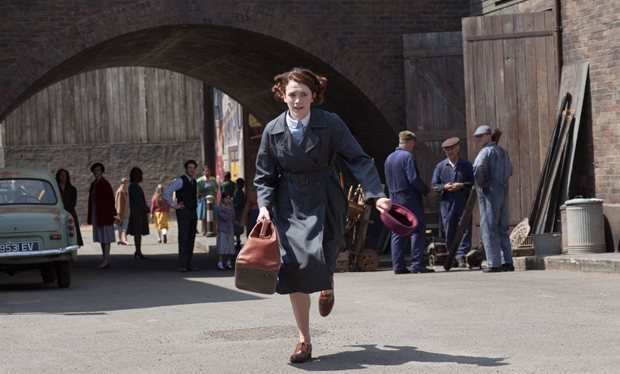 Based on the memoirs of Jennifer Worth, it’s no secret that Jenny Lee, played by Jessica Raine, has left the building (Nonnatus House). It has been a little over three years since Jenny, played by Jessica Raine, left her comfortable home to become a midwife in London’s East End slums. In addition to Ritchie, there will be more new faces arriving in Poplar as viewers not only say goodbye to Jenny, but also Nurse Cynthia Miller, played by Bryony Hannah, as she heads off to the Mother House. With only Trixie and Patsy left, Linda Bassett (Sense and Sensibility, Lark Rise to Candleford) will also join the group a Nonnatus House as Nurse Phyllis Crane.

Unfortunately, as is usually the case with a majority of British drama be it BBC or ITV, cast and crew are, once again, ever so tight-lipped regarding storylines so as to avoid anything that gives the appearance of being a potential spoiler. What is known so far is that there appears to be an argument in the Nonnatus kitchen while the local milkman and his produce get an awful lot of screen time. Meanwhile the midwives get caught up in a sad storyline involving some rather grubby-faced children. No spoilers here but it’s best that you keep your handkerchief close to hand…