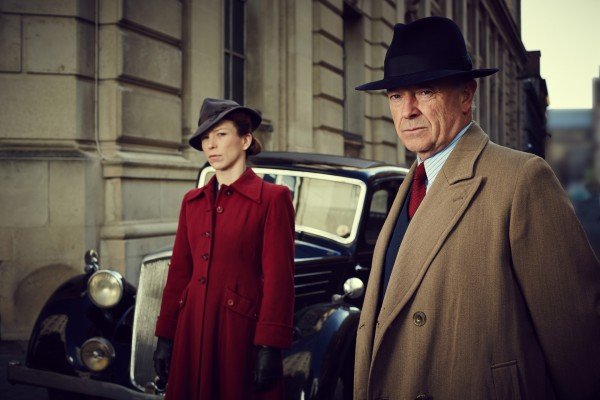 For good reason, the UK is all-abuzz about the new series of Foyle’s War, which started this past Sunday on ITV. Beginning with the last set of programs, the Anthony Horowitz drama moved from World War II through the struggles of post-war rebuilding to a much less visible but just as important war, the Cold War.

Christopher Foyle, played by Michael Kitchen, “un-retires” once again to return from America to begin work with the Security Service, or MI5, leaving the quiet coastal town of Hastings behind. Unfortunately, for Foyle, things don’t change much with respect to how he is perceived by his superiors as he continues to frustrate them with his methodical way of going about things. Especially in the case of his new high-ranking British intelligence bosses, who would much prefer his just mind his own business. The one constant in his life, thankfully, is Sam Stewart, played by Honeysuckle Weeks.

» Read: Michael Kitchen looks back on ‘Foyle’s War’ as series 7 comes to a close

Next up this Sunday on ITV, is “Trespass”. When a young man is assaulted on university grounds, Foyle wonders if the attack is racially motivated as the victim is the wealthy son of a high profile Jewish businessman.

As you ready yourselves for this week’s installment, imagine Jim Parker’s hauntingly melancholy opening theme to Foyle’s War as played by Michael Kitchen on the electric guitar. In addition to Foyle’s, Parker has also composed music for Moll Flanders, Midsomer Murders, House of Eliott and House of Cards (the real one, not the Kevin Spacey one). I love it when Kitchen gets it going and cranks it up to a level that only Nigel Tufnel has dared to go before. Pretty cool with an even cooler tip of the hat …

One other bit of trivia while we are talking all things Foyle’s War, although he hasn’t been seen or referred to in recent series, Foyle’s fans might recognize Julian Ovenden, who played Christopher Foyle’s RAF fighter pilot son, Andrew, as Charles Blake, one of Lady Mary’s many suitors in the most recent two series of Downton Abbey. While the new series concludes on Sunday, 18 January in the UK, American viewers will be able to see all three episodes on public television stations beginning May 2015.