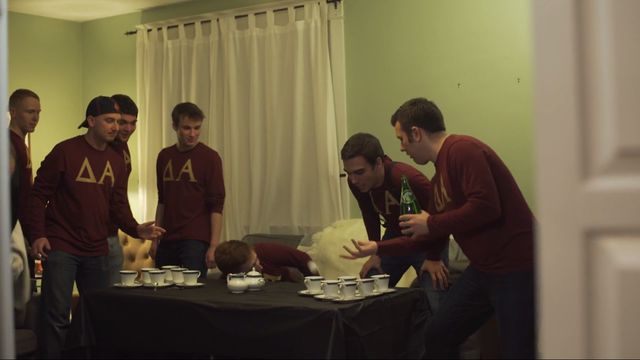 For those that thought Downton Abbey was only for the 50-somethings and over Anglophile, think again. There’s a new audience demo in town and they are putting aside their traditional beer pong red Solo cups every Sunday evening for a bit of Havarti cheese, a proper cup of tea and a heavy dose of their favorite English period drama, Downton Abbey. To prove their point that Nielsen needs to pay attention to the Frat boys demo when it comes to reporting on traditional television viewing, Dave and Brian, a comedy singing duo out of Philadelphia, have recently released the video for their song “Downton Abbey (With My Bros) showing how important DA is to the Delta Alpha Sunday night at the Frat House festivities.

After seeing this, it’s clear that Dean Wormer would never have any reason to put these guys on ‘double secret probation’. No getting through life fat, drunk and stupid for the boys at Delta Alpha and definitely no Sunday night toga parties here, at least not until after March 1.