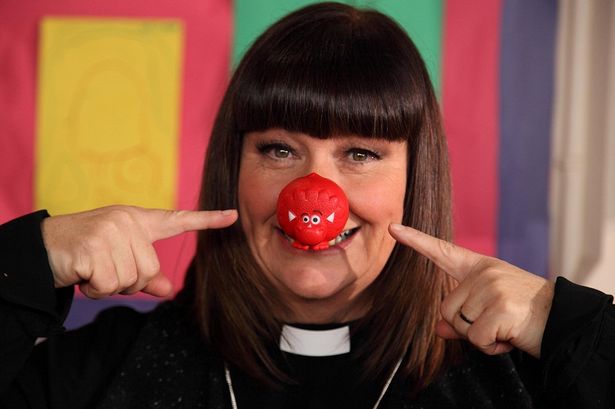 It’s been said that good things come to those who wait. In the case of fans of Vicar of Dibley, it’s taken a little over eight years for good things to finally get here.

It was 2007 when we last visited Dibley. Millions of viewers watched as Geraldine Granger married Harry, played by Richard Armitage. The Dibley Town Council reconvened in 2013 for a brief one-off Comic Relief special with Homeland star, Damian Lewis.

Now, comes word from the BBC that Dawn French will, once again, put on the clerical collar for Comic Relief 2015 in a sketch, according to the Daily Mail, centered around the local vicar vying to become the next Bishop of Dibley — with Geraldine facing stiff competition from other female comedians.

A BBC spokesman was a tad bit cryptic in saying, “I can confirm there’s going to be a Dibley sketch for Red Nose Day on Friday, March 13, but I can’t confirm anything further or provide any more detail at this stage.” But all signs point to the rumor that says art will indeed imitate life and follow a recent decision by the Church of England to allow women bishops.

There was a brief discussion of this back in 2010 when we interviewed Roger Lloyd Pack for the PBS documentary, Behind the Britcoms: From Script to Screen. Pack, who starred as Owen in Vicar of Dibley, shared a local Kentish Town newspaper editorial cartoon perhaps laying the groundwork for the forthcoming 2015 Comic Relief special. It’s a shame the former Harry Potter, Only Fools and Horses and Vicar of Dibley star won’t be around to appear as he sadly passed away in January 2014. 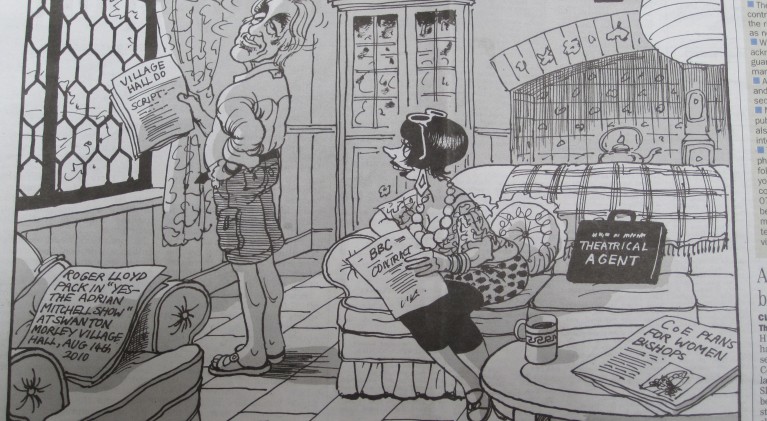 FYI, the caption read “Oh, forget all that village hall stuff for a minute, Roger — the Beeb wants you to star as daft Owen in a new, follow-up series called The Bishop of Dibley.