Miranda, the semi-autobiographical situation comedy that was based on Miranda Hart’s 2008 BBC Radio 2 comedy Miranda Hart’s Joke Shop, is no more. It has ceased to be. After two completely brilliant series enders that ran in the UK on Christmas and New Years Day, Miranda has gone to join the choir invisible. Thankfully, however, Miranda Hart lives on in not only the forthcoming fourth series of Call the Midwife, which premieres later this month on BBC One and on Sunday, March 29 on PBS in America, but also in the new Paul Feig (Office, Bridesmaids, Freaks & Geeks, Parks & Recreation) directed film, Spy. 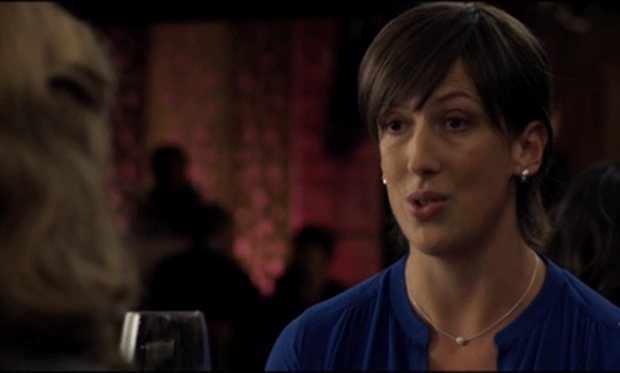 The American ‘action-comedy’ espionage thriller also stars fellow Brits, Jude Law (The Talented Mr. Ripley, Sherlock Holmes, Sherlock Holmes: Game of Shadows) and Jason Statham (Lock, Stock and Two Smoking Barrels, Snatch), in addition to Melissa McCarthy (Mike & Molly, Bridesmaids) and Australian born, Rose Byrne (Damages, Bridesmaids). Once Miranda Hart was tagged for a role in the film, it was definitely somewhat reminiscent of a comedic mutual admiration society meeting between Hart and Feig with the star voicing her immediate plans during filming, ”I am beyond excited to work with Paul who I am a huge huge fan of. And it will be nothing less than a hoot to work with Melissa McCarthy. By the end of the film I plan to have married Jude Law and have Melissa as our adopted daughter.” In turn, Feig talked about adding Hart to the cast, ”I’ve been a fan of Miranda’s for years and am so excited to bring her to the big screen. I’m also hoping I’ll finally get back that lawnmower I loaned her last summer.”

As she is cast as the good friend of McCarthy, who plays a dissatisfied CIA analyst who has to step up to the plate and prevent a nuclear disaster when all other secret agents are compromised, it’s not clear from the trailer just how deep Miranda’s character gets into the world of espionage but, given the way she used to negotiate her way both around the joke shop and the streets of London’s East End on a bike, the world might be a bit safer if she just remains McCarthy’s friend throughout and leaves the Bond gadgets to the professionals.