In November 2013, the longest-running children’s TV show in the world (a.k.a. Blue Peter) paid tribute to the longest-running science fiction series in the world (a.k.a. Doctor Who). In celebration of the 50th anniversary of Doctor Who, the CBBC children’s magazine series launched a competition for kids ages six to 15 to design a sonic gadget that could be featured in the series the following year along with the first place winner receiving a trip to the Doctor Who set in Cardiff. How could they possibility follow this? Nothing to worry about if you’re Blue Peter. How about launching a competition that will see three lucky kids get an exclusive tour of British intelligence agency MI5? 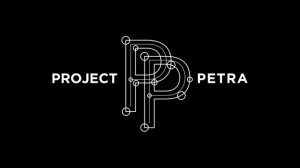 Dubbed “Project Petra”, the competition will see eight applicants selected to attend a special spy school, where their observational and analytical skills will be tested over a weekend of tough challenges. An expert panel, including children’s author Anthony Horowitz (Midsomer Murders, Foyle’s War), has been appointed with the ultimate goal of selecting the final three candidates who will become official CBBC Intelligence Officers. CBBC Intelligence Officers then get an exclusive tour of Thames House, MI5′s headquarters in London, which will be filmed by Blue Peter, marking the first time TV cameras have been allowed into the top-secret building.

UK viewers can click through and download the application form from the Blue Peter website. Sadly, for some reason, our non-UK readers are denied access to the site so you can’t apply if you’re outside the UK. The deadline for entry via post is by 12n GMT, Monday, 2 February.

The most amazing thing about this is not that series like Blue Peter and Doctor Who have each been around for over 50 years. The amazing thing, to me, is the fact that, in Britain there is a concentrated effort for series (and actors) to work together and get the most out that piece of furniture called telly. In the case of the Blue Peter/Doctor Who partnership, current at-the-time Doctor, Matt Smith, and companion, Jenna-Louise Coleman appeared on the show to announce the winner.

Maybe it’s the license fee, maybe it’s just the British “we’re all in this together to make good telly” mentality. Whatever it is, it is brilliant and, as someone who lives outside the UK, it will be forever appreciated.