Ho, hum. Another day, another brilliant drama coming to PBS in 2015! 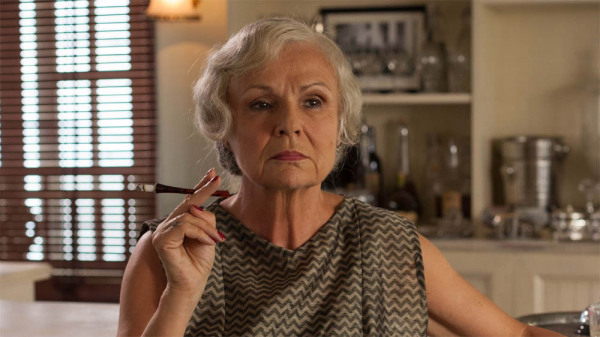 Set in the summer of 1932, a time where India is dreaming of independence while the British continue to desperately cling to their colonial rule of India, Indian Summers stars Academy Award nominee Julie Walters (Harry Potter, The Hollow Crown), Henry Lloyd Hughes (The Inbetweeners, Harry Potter, Madame Bovary) and Patrick Malahide (Game of Thrones). In the foothills of the Himalayas stands Simla, a little bit of England where every summer the British power-brokers of this nation are posted to govern during the summer months. At the heart of Simla’s society is Cynthia,  the 60s, widowed, doyenne of the Royal Club and a force to be reckoned with, her influence spreads throughout the community.

You can see why it’s called ‘drama’. As the story of Indian Summers begins, there are underlying stories of promises, secrets, politics, power, sex and love, all playing out as the British Raj begins to falter and a nation opens its eyes to the possibilities of freedom. Sounds a bit like the lavish mid-80’s ITV series, The Jewel in the Crown, which also ran on PBS in America.

No specifics on a definite transmission date as of yet but both Channel 4 and PBS have 2015 in their sites for the premiere of the 10-part series, Indian Summers. Definitely worth checking out…