As the UK readies itself for the tonight’s opening of Mr. Selfridge on ITV1, Radio Times paid a visit to the production set earlier this year and caught up with Jeremy Piven during filming of the forthcoming wedding of Harry’s oldest daughter, Rosalie, to Russian playboy fiancé, Serge de Bolotoff, played by Leon Ockenden. While this should provide a lot of fireworks given the fact that Harry is going to have to come to grips with his daughter marrying ‘a passionate aviator who loves champagne and women’ all arranged by his mother, Russian princess Marie de Bolotoff, played by Zoë Wanamaker, Harry has a lot more to deal right from the outset of the new series (we’ll stop here at the risk of giving out S3 spoilers!). 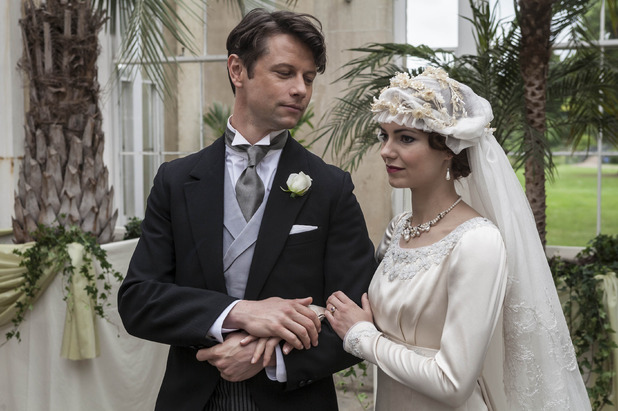 After giving a bit of insight as to what’s in store for viewers during the third series, Piven thought of a bit of a spin-off idea for a Mr. Selfridge which started out as a really fun idea but, quickly, turned a bit off the beaten path. You could see the wheels turning in Piven’s mind as he started to imagine: Video cameras follow the actor into the real-life Selfridges on Oxford Street. He’s dressed in full period garb and starts ordering people around. “It would get a little crazy – that would be really fun to do. People would laugh at first, then I would keep going, then it would become awkward… and then you’d have to call the police. But then the police would think, ‘Ok, we have to take him in but what are the charges?’ You’d have to watch them try to process it. Then I’m in prison in my 1919 gear. And then maybe there’s a gentleman there, his fetish is guys in period costumes, he takes a liking to me, it gets even weirder…”