Please do keep in mind when reading the following. The main source of this is…The Mirror.

The Downton Abbey-Nation has heard the rumor for some time (like after series 3 and series 4, to be exact) that whatever current series we were in would be the last. Fortunately, so far, it has remained just that, a rumor, for the last several years. It seems as though ever since NBC hinted at a Downton-like American series in their program production pipeline called The Gilded Age, which is about 19th century New York and would be written by Sir Julian Fellowes, there has been endless speculation that the British drama juggernaut was on life support as Fellowes has consistently said he would not begin work on the American series until Downton was done. He did tell The Wall Street Journal recently that, “Downton is not going to go on forever. It won’t be Perry Mason.” Well, that said, it looks like that day may actually be on the horizon as The Mirror is reporting that the day we have all dreaded will become a reality someday is actually here with ‘unofficial’ word that Downton Abbey will cease to be after next season. It will be an ex-drama series. I think we all knew this day would come, but it doesn’t make the news any easier to read about. 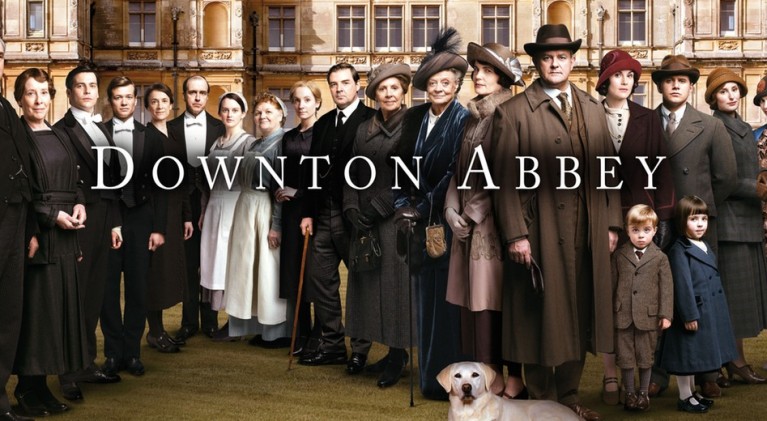 According to reports, Sir Julian won’t be the only one making the leap to America. Looks like a number of the principle cast will attempt to follow in the footsteps of former Downton residents, Dan Stevens (Matthew Crawley) and Jessica Brown Findlay (Lady Sybil), and look for work in America. That speculation was, no doubt, fueled by the fact that Joanne Froggatt (Anna Bates), Laura Carmichael (Lady Edith) and Alan Leech (Tom Branson) were in Los Angeles last week for the Screen Actors Guild awards where they received the award for outstanding performance by an ensemble cast for a second time. Michelle Dockery (Lady Mary) has also talked in the past about ‘working in America’ saying that, “It feels as though there are more opportunities for us over there. I love spending time there.” Obviously, this isn’t a new thing of British actors looking to America for greater exposure. Last year saw Lesley Nichol (Mrs. Patmore) spend a bit of Downton-off time in the States guest-starring in Raising Hope and Hot in Cleveland. And, now, with a Golden Globe added to her arsenal, I’m guessing that Joanna Froggatt will have a few potential TV and film roles to mull over soon.

The key for both ITV and PBS will be the development of the next Downton Abbey. Early rumors talked of the possibility of a prequel to Downton which could focus on how Lady Cora and Robert first met but that idea hasn’t been floated around for some time. Admittedly, whenever Downton Abbey comes to an end, it will leave a big hole in Sunday night viewing. Whatever replaces it will have to be ‘long-running and ambitious’, according to sources. In the meantime, PBS viewers in America can safely settle in on Sunday for episode 5 with the knowledge that there are still five episodes to go this season with the potential final series hitting the air in January 2016 (September 2015 in the UK). Just a reminder, it is The Mirror. I’ll believe it when I hear it directly from Sir Julian, himself.