Even though there are still fans of Downton Abbey who blame me for Matthew’s death, we can now safely say that there is ‘life after Downton’ for Dan Stevens, the actor that had that very untimely (and fatal) automobile dust-up at the end of series 3. Since leaving Downton, Stevens has forged a career in America with roles in films such as The Fifth Estate (with Benedict Cumberbatch), Night at the Museum: Secret of the Tomb, A Walk Among the Tombstones and The Guest. Now comes, perhaps his biggest role to date, Stevens’ first romantic comedy where he will star alongside Fifty Shades of Grey actress Dakota Johnson in How to Be Single. 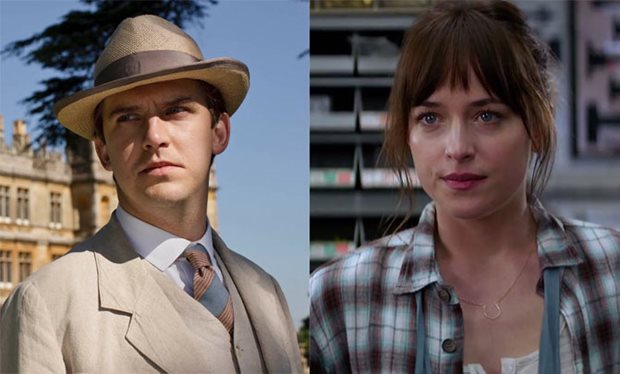 Based on the 2008 novel by Liz Tuccillo, which tells the story of Julie Jenson, a single New Yorker who sets out on a round-the-world trip to uncover the secret to being single and happy, the film will follow the route of traditional romantic comedies such as Valentine’s Day and He’s Just Not That Into You with their multiple, intersecting storylines. How to Be Single will also star Rebel Wilson (Bridesmaids) and Leslie Mann (The Cable Guy, The 40-Year Old Virgin, The Other Woman).

In How to Be Single, the story focuses on ‘singlehood’ from both the female and male perspectives, and suggests it is not our relationships, but our single times in between, that define us. Topics of single life that will be explored include single parenting, blind dating, when to get married, casual sex and fear of commitment. Don’t know about you but that pretty much sounds like Lady Mary’s storyline in series 5 of Downton Abbey to me, don’t you think?