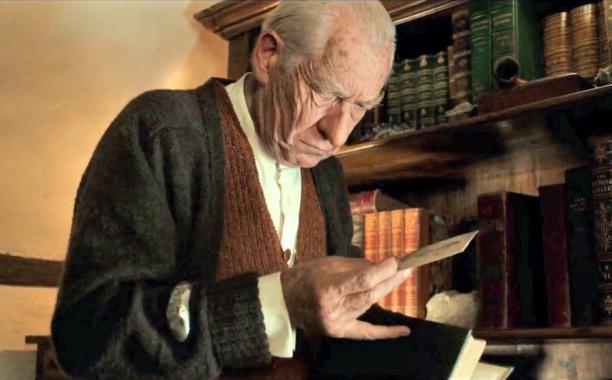 It’s a toss-up as to who I would rather pay good money to see simply read a phone book. Sir Ian McKellen or Bill Nighy. Sir Ian may have just tipped the scales a bit in his favor yesterday with the fact that he is using social media and posting video on his official Facebook page for his forthcoming feature film, Mr. Holmes.

Not only that, but he is giving us a first glimpse of his upcoming feature film, Mr. Holmes. McKellen plays an aged (he’s 93 years of age) Sherlock Holmes. Set in 1947 and based on the 2005 novel “A Slight Trick of the Mind” written by Mitch Cullin, Mr. Holmes tells the story of a retired Sherlock Holmes living in a remote farmhouse in Sussex, no longer in the business of crime and spending his final days obsessing over one last unsolved case. Laura Linney (The Truman Show, The Big C, The Fifth Estate and host of PBS’ Masterpiece Classic series) will co-star as the former detective’s housekeeper, Mrs. Munro, with her young son, Roger, played by Milo Parker.

Mr. Holmes has been selected to be screened at the 65th Berlin International Film Festival (Berlinale 2015) that begins today and will be released in theaters in 2015.