If you’re in the growing group of individuals who reside in America that has thought for some time that the British are taking over Hollywood, you now have proof positive (or spoof-positive) of the imminent British invasion of Tinsel Town. In recent years, there hasn’t been a Golden Globes, Emmys or Oscars nomination (and winners) list that has passed us by without an increasing number of well-deserving Brits finding their way more and more to roles and properties that garner both nominations AND winners. Think Benedict Cumberbatch, Eddie Redmayne, Keira Knightley, Tom Hiddleston, Natalie Dormer and Damian Lewis. Just a few names we thought you might recognize…. 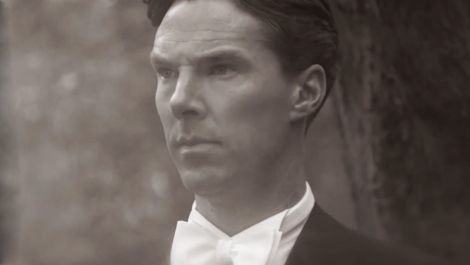 To coincide with their 2015 Hollywood issue that was released this week, Vanity Fair and photographer, Jason Bell, put together an absolutely  brilliant (albeit a bit NSFW due to language) set of videos that draw upon the talent of some 44 of Britain’s most recognizable stars doing their best imitation of American patriot, Paul Revere, alerting the Colonial militia that ‘The British are Coming’. The one big 21st century difference, however, is the fact that the British are already here and America is loving it! The series of faux World War II newsreels-like videos really bring home the notion that the Brits are mobilizing the acting community and seem more than ready to take over Hollywood…if they haven’t already.