This just in from the Department of Good News/Bad News with regards to Anthony Horowitz, the creator/writer of Foyle’s War, the brilliant British detective drama starring Michael Kitchen and Honeysuckle Weeks. First the bad news, which you’ve probably already read on any one of a number of supermarket tabloids, the current series of Foyle’s War, which will begin airing on public television in May of 2015, is the last. The 8th and final series, which concluded this past month on ITV, saw a post-war, retired Christopher Foyle continue his time at MI5 navigating the world of Cold War espionage in three episodes, “High Castle”, “Trespass” and “Elsie”. 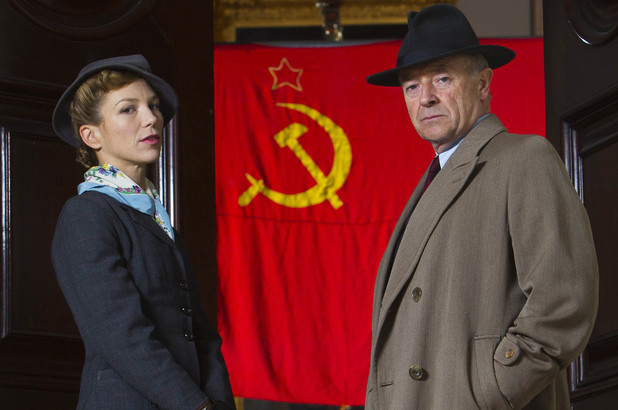 Fortunately, series creator/writer, Anthony Horowitz, has never been one to let free time pass without delivering a bit of brilliance whether it be on the small screen or a book. His most recent effort, Moriarty, which was authorized by the Sir Arthur Conan Doyle estate, weaves a stellar tale that begins five days after Holmes and Moriarty plunged to their scenic doom at Reichenbach Falls, near the Swiss village of Meiringen. With the end of Foyle’s War and in his spare time from writing a new James Bond novel, Horowitz has just signed on with the BBC to write New Blood, a seven-part crime drama set in modern day London.

New Blood will focus on Stefan and Rash, two junior detectives just starting out on their careers in the city, whose investigations see them in conflict with the establishment. Horowitz seems to be pretty jazzed about his new small screen adventure. “For a long time I’ve been wondering how to take a fresh approach to crime drama and I hope that with New Blood I’ve succeeded,” Horowitz said. “This is a show about the so-called Y generation – young people starting out in their careers, the powerless against the powerful. It’s so refreshing to be writing about two central characters who are still in their late twenties and 21st century London is the perfect setting.”

While you wait for New Blood, read “Moriarty” and then begin looking for the final series of Foyle’s War on a public television station near you beginning this May.