In 1975, Robin Ellis captivated audiences on both sides of the pond with his brilliant portrayal of the dashing British officer, Captain Ross Poldark in Poldark. Now, 40 years later, the BBC and PBS are giving the series a bit of a steamier 21st century reboot with a new television adaptation based on the novels of Winston Graham, with an all-star cast headed by Aidan Turner (The Hobbit, Being Human) and Eleanor Tomlinson (The White Queen, Death Comes to Pemberley). 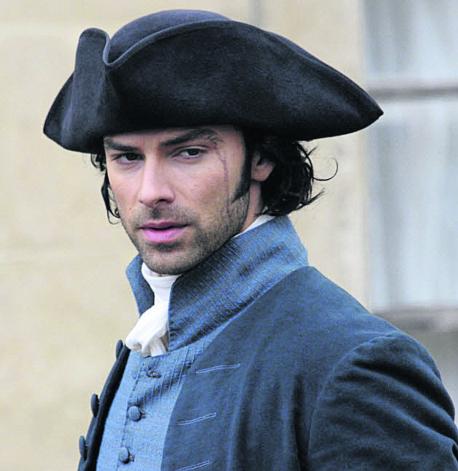 If you’re a Robin Ellis fan, look for an upcoming interview we did with the original Ross Poldark in the not-too-distant future on Tellyspotting. From his time in 1975 as the Captain to his guest appearance on Fawlty Towers, from what it was like when one Ross Poldark came face to face with the 2015 version of Captain Poldark to how he occupies his time today in the French countryside as a culinary writer and chef, what an absolutely delightful individual. FYI, from personal experience, you will definitely want to try his recipe for Cauliflower Soup. It is flat-out brilliant. Thanks to Robin’s wife, Meredith Wheeler, for providing us with the present day pic of Robin talking about his newest book, “Healthy Eating for Life”. 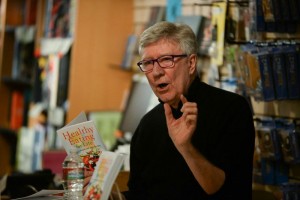 The new 6-part series will premiere as part of PBS’ Masterpiece series beginning June 21 of this year with a BBC One broadcast just around the corner (last we heard was April, just fyi).