Fresh off the successes of The Great British Bake Off, The Big Allotment Challenge and The Great British Sewing Bee comes The Big Painting Challenge. With the expressed aim to get us off the sofa and into something creative, The Big Painting Challenge premiered last night on BBC 1. Co-hosting was none other than Una Stubbs, probably known more for her brilliant efforts as Mrs. Hudson on Sherlock than she is with a paint brush. That said, it was one of her first efforts last year of her Sherlock co-stars that piqued her interest in painting.  It was her watercolor paintings of Benedict Cumberbatch and Martin Freeman that fetched a tidy sum from fans of the series following an exhibit at the Royal Academy of Arts’ Summer Exhibition. At 77, Stubbs seemed ready to pick up the brush to offset the rigors of a day of shooting which, at times, could last 14-16 hours a day. 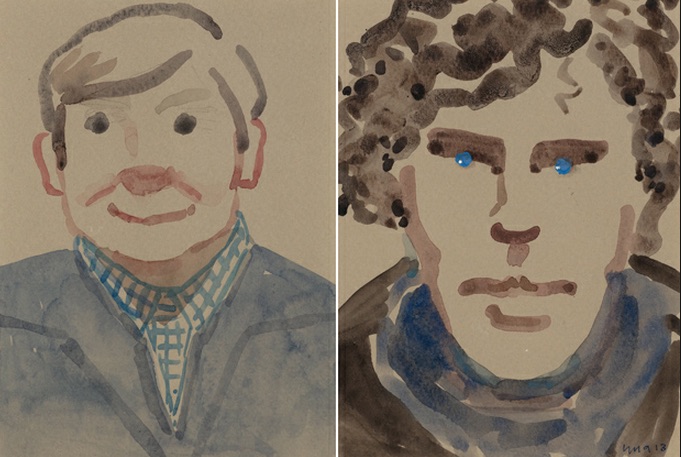 Much like their baking, gardening and sewing counterparts, The Big Painting Challenge will accompany ten amateur artists (chosen from over 6,000 entries) over the next six weeks as they travel the across the U.K. armed with oils, watercolors, pencils, charcoals and chalks. Una Stubbs is the painter and Richard Bacon is the collector. Along for the ride with Stubbs and Bacon are Judges Daphne Todd and Lachlan Goudie who will scrutinize their every brush stroke, eventually crowning a winner whose work will be displayed in Tate Britain. 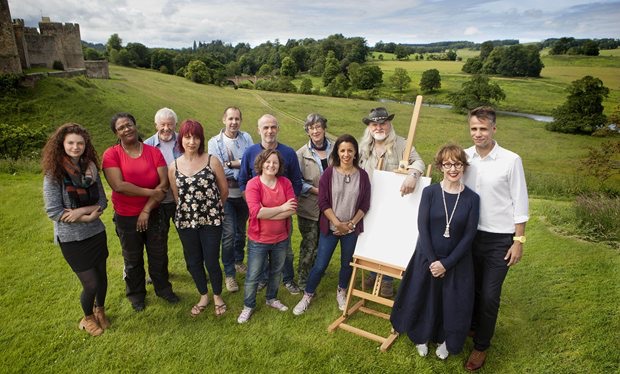 Stubbs hopes The Big Painting Challenge will inspire the nation to pick up a paintbrush in the same way that it has embraced homemade puddings and skirts. She told Radio Times,  “It would be lovely if the series does encourage people to find enjoyment in painting and drawing. If they do take anything away from it, I hope it’s just to do it as regularly as possible.” With landscapes like the one above, how can you not pick up a brush and get started?