The long-time staple of the BBC’s police procedural line-up, New Tricks, will be ending its’ run after the forthcoming 12th series, which will air on BBC One this coming summer and in early 2016 on public television stations in America. What started as a rather non-descript, one-off episode in March 2003 that followed the work of the fictional Unsolved Crime and Open Case Squad (UCOS) of the Metropolitan Police Service. Originally led by DSI Sandra Pullman, played for the first 10 series by Amanda Redman, UCOS was made up of a rag-tag group of retired police officers who were recruited to reinvestigate unsolved crimes and featured Alun Armstrong, James Bolan and Dennis Waterman. 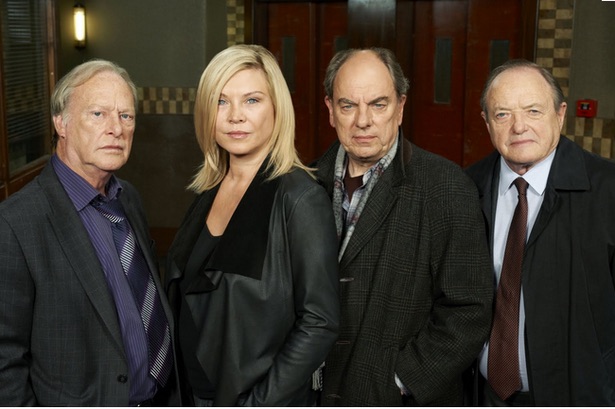 In 2012, viewers began to see the New Tricks band start to break up as James  Bolam announced he was leaving, soon to be replaced by Denis Lawson. Amanda Redman and Alun Armstrong followed suit in 2013 as they also announced they were leaving UCOS. Nicholas Lyndhurst (Only Fools and Horses, After You’ve Gone, Rock & Chips) and Tamzin Outhwaite (Red Cap, Paradox, The Fixer) replaced Redman and Armstrong during series 10. The last remaining original ‘old dog’, Dennis Waterman, announced his ‘retirement’ from UCOS which will take effect during the upcoming series 12 which premieres Summer 2015. 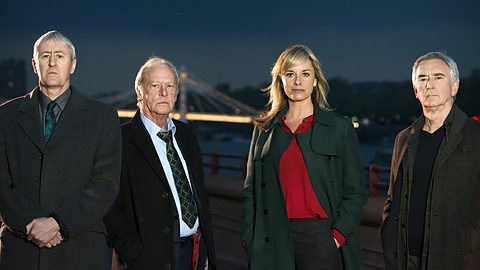 Overall, it was an incredible testament to both the original members of UCOS and the ‘new dogs’ that the series continued to grow from an audience standpoint over the years. Huge props also go to the writers and people behind the camera for creating a brilliant product that continually attracted over six millions viewers. Sadly, the newest series (series 12) will be the last as the BBC has announced that the current group of ‘old coppers’ will solve their last cold case this season to make room for ‘newer dramas’ on the BBC. The final series will see Larry Lang (Gavin & Stacey) join Outhwaite, Lawson and Lyndhurst, replacing the retiring Gerry Standing.

As sad as it is, the BBC has promised that the final episodes will see the drama “go out on a high”. The good news is that the “high” will come this Summer on BBC One and in early 2016 on public television in America.