It was an amazing night at the Liverpool Cathedral during the 2015 BBC Showcase. Wolf Hall stars Mark Rylance, Jonathan Pryce and director, Peter Kosminsky joined about 750 of their closest friends on Tuesday to celebrate the brilliance that is Wolf Hall.

Currently broadcasting on BBC One and coming to PBS on Sunday, April 5 at 10p ET/9p CT following the new season of Mr. Selfridge on PBS’ Masterpiece, the series received a celebration fit for a king on Tuesday night at Liverpool Cathedral. You’ll understand when you see the pic below why my first thought when I entered the cathedral was to hope that I would be selected to be in Gryffindor and not Slytherin. 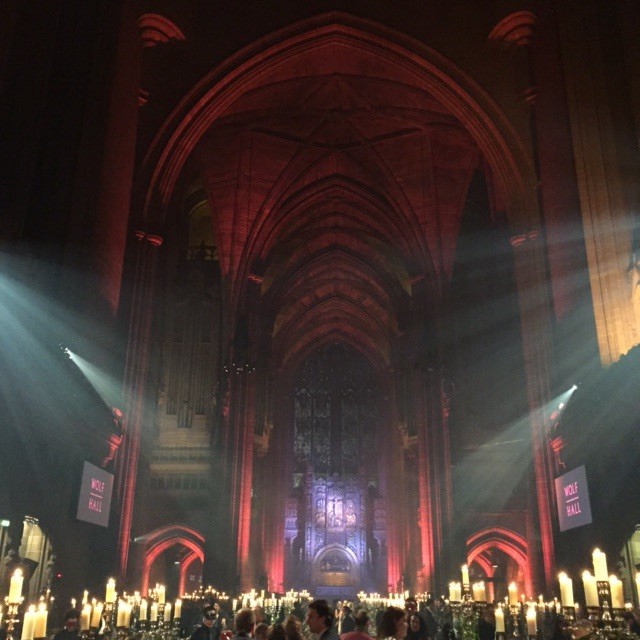 The visually stellar looking series tells the story of Thomas Cromwell, the consigliere to King Henry VIII and it based on Hilary Mantel’s best selling novels. Cromwell enters the scene when Cardinal Wolsey fails the King in getting his request for an annulment to Katherine of Aragon granted from the Pope. Cromwell is immediately tossed into the deadly political intrigue caused by the King’s relationship with Anne Boleyn amidst the religious upheavals of the Protestant reformation.

As if the venue and event wasn’t enough, the BBC brought along some of the lush costumes used in the production. Actually, they had me as soon as I walked in. Wolf Hall premieres Sunday, April 5 on PBS. 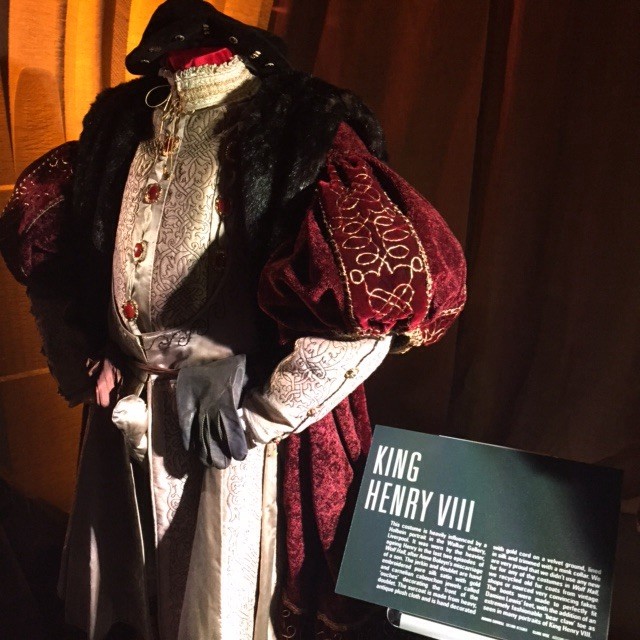