Today is Sunday. Not just any Sunday. For me, it’s a day that, for the last 5 years, has reminded me of game 7 of the NHL Stanley Cup Finals or game 7 of the World Series. In those cases, no matter which team wins, the next day there will be no more hockey or baseball for another year. What does professional hockey or baseball have to do with this particular Sunday? 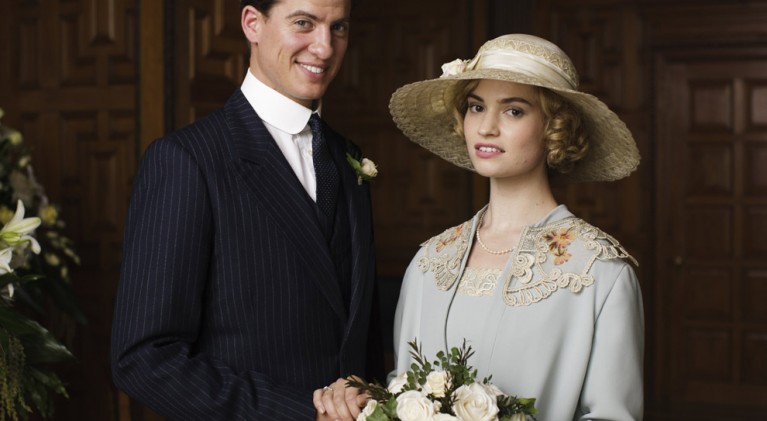 Well, tonight happens to be the series 5 finale of Downton Abbey on PBS. No matter what happens, on Monday, there will be no more scandal, no more sabotage, no more trips to London and, definitely, no more episodes of the British mega-hit drama until series 6 rolls around in September 2015 in the UK and January 2016 in America.

For those who opted to avoid the Internets and any spoilage that may have made its way across the pond since series 5 ended in the UK back in November, this season has definitely been one to remember beginning with Lady Edith playing with fire in the January 4 premiere to the revelation that the Dowager Countess has a pretty interesting past….and all that that implies. It’s been a 2-month roller coaster ride involving Bates and Anna, Thomas and Baxter, Lady Edith and Marigold and Lady Mary and, well…everyone. Just in case you’ve forgotten what’s happened the last 8 weeks, here’s a quick refresher.

For tonight’s series 5 finale, the Crawleys go to a shooting party at a castle in Northumberland and return to Downton for a joyful Christmas holiday. When you watch tonight, you’ll be interested to know that Downton Abbey and Harry Potter share more than just Dame Maggie Smith. See if you recognize Alnwick Castle as one of the filming locations for both Downton and Hogwarts. Given the Downton Abbey/Harry Potter connections, the cast of DA was asked to sort series characters into Hogwarts houses. So, yes, tomorrow we’ll be sad but we’ll also be one day closer to the premiere of series 6 than we were yesterday. Cheers.