As sentiments on Twitter have poured in from around the world, the above tweet, which easily came in under the 140-character limit, seemed to say it all. The literary world is a much lonelier place today as Terry Pratchett, the mind palace that created the brilliant Discworld series of comic fantasy books, has passed away at the age of 66 after battling Alzheimer’s disease for several years. Pratchett was the UK’s best-selling author of the 1990s having sold more than 85 million books worldwide in 37 languages. His first Discworld book, The Color of Magic, was published in 1983 with his last published Discworld novel coming in 2013, with Raising Steam. The 41st novel in the Discworld-world will be the forty-first and is scheduled to be published in late 2015. 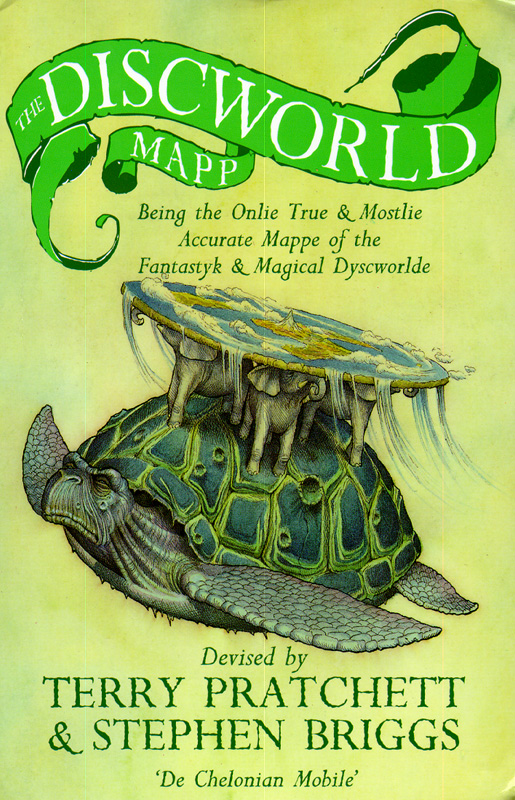 Aligning itself more with ‘steady gate theory’, which in-universe is known as the ‘steady gait theory’ (as opposed to the more well-known ‘big bang theory’), Discworld subscribes to the notion that he/she came from nowhere and is going to keep swimming through space to nowhere forever. Eric (the ninth story in the Discworld franchise) shows Great A’Tuin being made instantly from nothing, seemingly in support of the “steady gait” theory.

If you haven’t seen any of Pratchett’s world as it translates to the small screen, I would suggest hunting down Going Postal. As the Mob returns to Ankh-Morpork, Moist von Lipwig, the Big Wahoonie’s newest civil servant, has been granted a stay of execution by Lord Havelock Vetinari. However, running the Ankh-Morpork Post Office is more dangerous than Moist bargained for. Joined by Mr. Pump, Junior Postman Tolliver Groat and his assistant Stanley Howler, Moist sets out to restore the Post Office to its former glory. His way is barred, however, by the infamous Reacher Gilt, chairman of the Grand Trunk Company. Moist also finds love, in the unexpected personification of Adora Belle Dearheart. Check it out if for no other reason than the cast is stellar with Richard Coyle (Coupling), David Suchet (Poirot), Claire Foy (Wolf Hall, Little Dorritt, Upstairs Downstairs), Steve Pemberton (League of Gentlemen, Whitechapel), Andrew Sachs (Fawlty Towers) and Tamsin Greig (Black Books, Friday Night Dinner, Episodes).

R.I.P. Terry Pratchett. Please tell me you’re having a drink as we speak with Douglas Adams…