I may be in the minority here, but one of my most favorite British situation comedies of all-time is Open All Hours. Written by Roy Clarke (Last of the Summer Wine, Keeping Up Appearances) and starring comedy legends Ronnie Barker and David Jason, Open All Hours ‘premiered’ in 1973 as a last-minute addition to Barker’s comedy anthology series, Seven of One which followed his early television work on The Frost Report in the mid-60’s. It was here that Barker met his future comedy cohort, Ronnie Corbett. 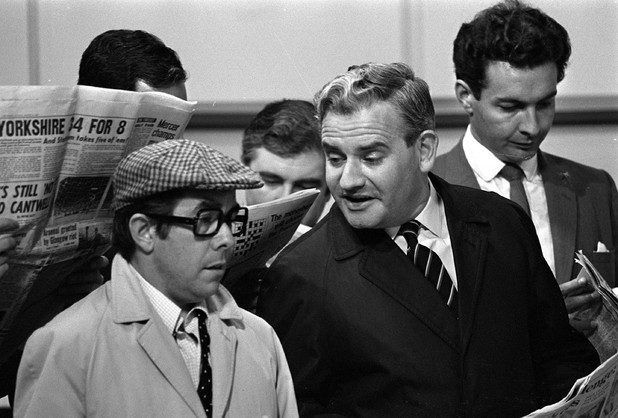 Two episodes that stood out the most from Seven of One were Open All Hours and Prisoner and Escort. When BBC bosses of the day decided that the vehicle they wanted Barker to pursue as a series was Prisoner and Escort, later to be named Porridge, the future of Open All Hours was put on hold. As Barker went on to star in Porridge, Clarke went on to develop the pilot for Last of the Summer Wine, a series that he went on to write for almost four decades.

Following two series of Porridge, Barker was anxious to return to Open All Hours and the world of Albert E. Arkwright. With Roy Clarke signed on to write and David Jason returning as Granville, the first full series of Open All Hours premiered in 1976, three years after the original pilot. 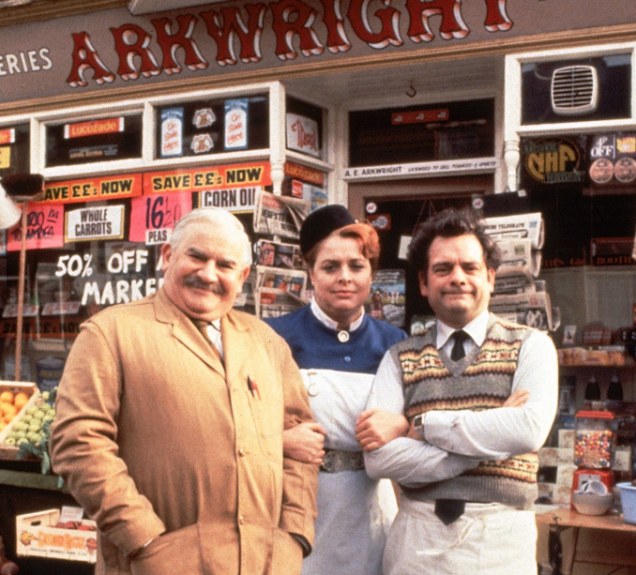 While series one averaged a decent size audience for a BBC2 broadcast, the mixed reviews from the critics caused the powers-that-be at the BBC to shelve Open All Hours in favor of having Barker star in another series of Porridge which was to be aired on BBC1. Once again, Barker returned to the world of Norman Stanley Fletcher in Porridge and Clarke returned to Last of the Summer Wine. For the remainder of the 1970’s, Barker was full-on busy with Porridge and The Two Ronnies, the sketch comedy series with Ronnie Corbett and Clarke had his hand full with LOTSW.

While the BBC found it difficult to get the band of Clarke, Barker, Jason and Lynda Baron (Nurse Gladys Emmanuel) back together, it was America that tried to resurrect the series by buying the format rights and creating Open All Night, to be produced by Bernie Brillstein and written by Tom Pachett and Jay Tarses. It’s pretty easy to see why it ran for only one season on ABC in 1981-82.

Back in the UK, BBC bosses were in need of a Ronnie Barker fix after he and Ronnie Corbett took some time off from The Two Ronnies in 1979. Airing on BBC1, a repeat of series one of Open All Hours delivered twice the audience that the series generated when it originally premiered three years earlier on BBC2. Suddenly, it became a no-brainer to commission a second series starring Barker, Jason and Baron. When writer, Roy Clarke agreed to write a second series, Arkwright’s was, once again, open for business.

Open All Hours returned in 1981 on BBC1 and aired for another two series after that, a total of 26 episodes. In 2004, it ranked eighth all-time in the Britain’s Best Sitcom poll of television viewers in the UK. The top sitcom of all-time was another David Jason vehicle, Only Fools and Horses. In 2012, Barker comedic achievements were recognized with an Oxfordshire Blue Plaque at the Oxford home where he grew up. 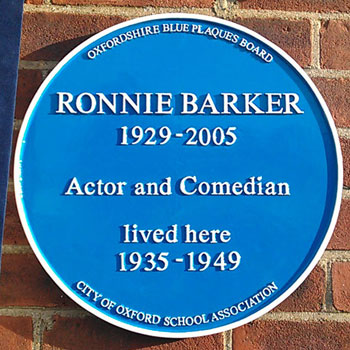 Next time you’re looking for something to binge watch, check out Open All Hours. If you want a really great read, check out Graham McCann’s Still Open All Hours: The Story of a Classic Comedy book. With recollections from David Jason, fellow cast members and from series scriptwriter Roy Clarke, acclaimed TV historian Graham McCann tells the inside story of this very British sitcom, with wit, insight and affection. It’s a great read and has some amazing never before seen BBC archive photo material.