Like the day Elvis died and/or John Lennon was fatally shot, most of us know where we were when we heard the news that Matthew Crawley, the heir apparent to Downton Abbey, was killed in an automobile accident at the end of series 3. It was Christmas Day 2012 in the UK and late February on PBS in the United States. A day that many fans have yet to forgive creator/writer Julian Fellowes for. While there have been characters come and go over the last couple of series, there really hasn’t been a series-shattering death since that fateful day Matthew left the building. Yes, I know that A.M. (after Matthew), we have witnessed other deaths such as Mr. Green (he deserved it) and Mr. Gregson (you know he had to die because if he didn’t then Lady Edith would have been happy). Neither really rocked the world of Downton Abbey like Matthew’s demise. One would almost be led to believe that Sir Julian was mellowing in his later years. 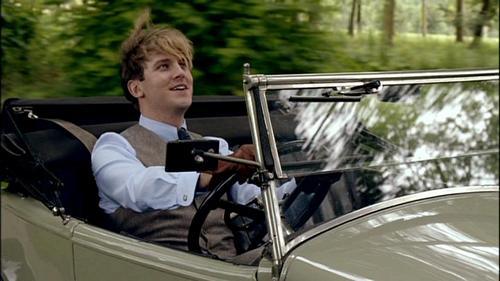 The creator/writer may very well disagree with you given the fact that we witnessed perhaps the most important death at Downton which occurred this past season. Going almost unnoticed amongst the turmoil that generally surrounds the Crawleys and their downstairs neighbors was the death of Isis, the yellow labrador who had graced the screen during the opening credits since the beginning of series two and who, we all know, really ran Downton. It was episode five of series five where, in keeping true to Alistair Bruce’s penchant for accuracy and continuity perfection, Isis suffered a very dignified on-screen death from cancer. If you think about it, Isis was three years old in 1916, when series two began. When the end of series five rolled around, it was late 1924 and Isis would be pushing 12 years of age, which is well within the range of life expectancy for a yellow lab. 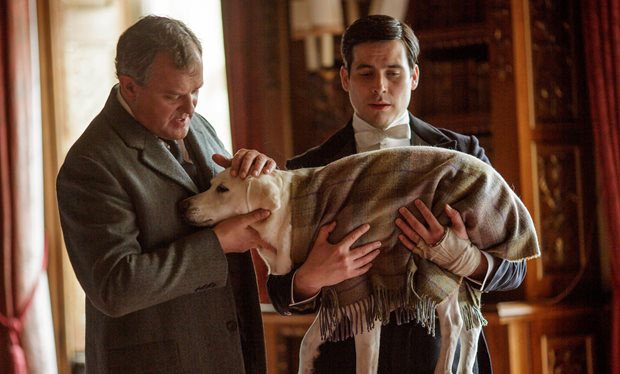 I know many will say that conventional wisdom will tell you the best thing to do when this happens in real life is to get another dog as soon as possible. Having had this happen in the past on a personal level, there are also those in the opposite conventional wisdom camp who will say that “…it’s too soon” and “…you should wait a bit”. For my money, I would definitely be in the don’t immediately jump in until the right one comes along camp. So, it makes sense to me that the decision has, so far, been made that for series 6 of Downton Abbey, Isis has not been replaced.

According to a Radio Times report, a Downton Abbey spokeswoman declined to comment on the storyline and would neither confirm nor deny whether or not there will new puppy running rampant through the halls of Downton but did confirm that if Isis is not replaced and there is no Labrador in the show, the credits will stay the same for series six. In the meantime…let’s take a moment and remember the greatness that is Isis of Downton Abbey, the real Lady Grantham.