Now that we are post-Downton Abbey, fans of Sherlock finally have some company for their mutual separation anxiety meetings. From an American perspective, we’re looking at approximately nine months before they both return to our collective lives. With Sherlock looking at an early 2016 return for their fourth series (not counting the proposed Christmas ‘special’ that will take Sherlock and Watson back to the Victorian era) and the final series of Downton Abbey targeting January 2016 for our last small screen go-round with the Crawley family, it time to let the speculation run rampant and get the rumor mill cranked up. Here’s what we know and think we know so far…. 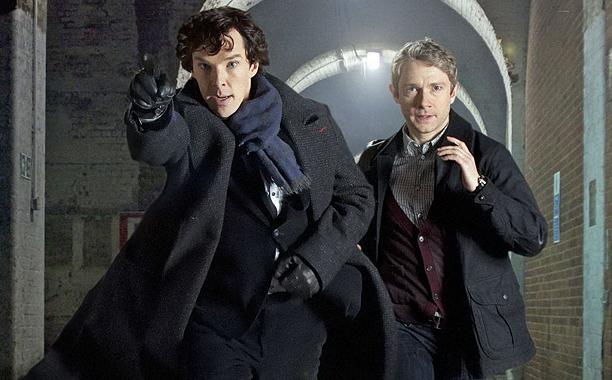 Entertainment Weekly sat down with series co-creator/writer Steven Moffat recently to see what they could drag out of him regarding the forthcoming series. As usual, Moffat was more tight-lipped than not but he did share some pretty good stuff that will keep us guessing and talking until the next bit of speculation heads our way. Here are the most telling bits of information that will keep your head spinning for the time being. For the full interview, click here.

Steven Moffat: “We haven’t started writing it yet, so it’s early. The first series was all about the beginning of their friendship. Second about the formative stages, the love and fear and loss and all that. The third was good days, me and my pal and my pal’s wife. Those are golden days. The missing element in a lot of Sherlock Holmes adaptations is allowing it to be funny. There’s a lot of humor in Sherlock Holmes, and it’s ignored in a lot of adaptations. [Season 4] is going to be… I suppose you’d say… consequences. It’s consequences. Chickens come to roost. It’s dark in some ways—obviously it’s great fun and a Sherlock Holmes romp and all that—but there’s a sense of… things… coming back to bite you. It’s not a safe, sensible way to live. It’s hilarious and exhilarating some days, but some days it’s going to be bloody frightening.”

EW: How will fans feel after watching it?

SM: “Hmmm… desperate for series 5. We’re certainly going to put them through the mill. It’s going to be more of an emotional upheaval. Hopefully enjoyable and fun, all the things Sherlock must always be. It will be tough at times. Maybe that’s the word? A tougher series.” 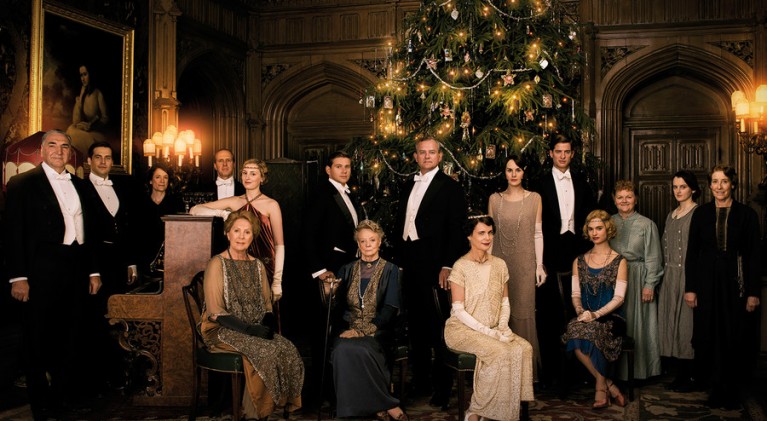 Things are a little different when speculating about the future of Downton Abbey given they have just recently announced that series 6 will be the last. Since probably around the end of series 3, questions surrounding when the series would conclude have consistently filled up both creator/writer Julian Fellowes and executive producer Gareth Neame’s inbox and voice mail from anyone and everyone searching for clues and/or an answer.

Interestingly, now that the decision has been made to end the series, questions have been nothing short of on the rise. Now it’s whether or not there might be the possibility of a feature film or a spin-off series in the offing. Seemingly eager to talk about that as a possibility as opposed to growing tired of the constant questions as to when the series would end, Neame’s response to the fact that a movie version has been contemplated, “It would be a wonderful extension… Julian and I would be very interested if we could get our ducks in a row,” telling Deadline recently.

Chiming in on what might be next for DA, Rebecca Eaton, executive producer of Masterpiece on PBS, said, “When you have a hit, why wouldn’t you [spin-off the series]? Do you do The Bateses? Do you follow Tom to the States? There are as many potential spinoffs as there are characters. None of them are in fact in the works. Nothing is even in the proposal stages.”

With Fellowes set to move on to create the ‘American version of Downton Abbey‘ for NBC called The Gilded Age, Neame made his involvement in a possible spin-off quite clear. “I wouldn’t want to be involved with Downton Abbey without Julian,” Neame told TV Insider on the subject of a spin-off. “It is his show, he created it. The idea of Julian moving on and we get some other people to create the spin-off, that’s not something I would want to do. You never know, sometimes with these huge iconic brands, you can’t rule out the fact that long after we’re retired somebody might come in and say, ‘You know, that Downton Abbey, we could remake it or spin it off.’ I don’t think it will be involving me.”

Shifting the talk back to much anticipated series 6 finale, Neame wasn’t giving anything away about the last season other than that it will move into 1925 and include all the current castmembers. He also told Deadline that the final series will also provide a window onto the end of the elevated aristocratic era. Season 6 will “start to see how that way of life came to an end”, he said.

Not wanting to wish time away by any means but 2016 can’t get here soon enough.