It’s been far too long since we left the world of Endeavour Morse. So many questions remained unanswered after the end of series 2 of Endeavour.

“Live in the shadows long enough, you forget the sun.”

When we last saw Endeavour Morse, viewers witnessed a falsely accused Morse, played by Shaun Evans, isolated and alone languishing in prison, framed for the murder of Chief Constable Rupert Standish. You’ll remember that Endeavour had unearthed corruption at the very heart of the City Force but his investigation had taken a sinister twist. Will his life be back on track?  And does it resemble the life he’d known? And, let’s not forget Endeavour’s senior officer, DI Fred Thursday, brilliantly played by Roger Allam, as he lies close to death after getting shot in the chest. 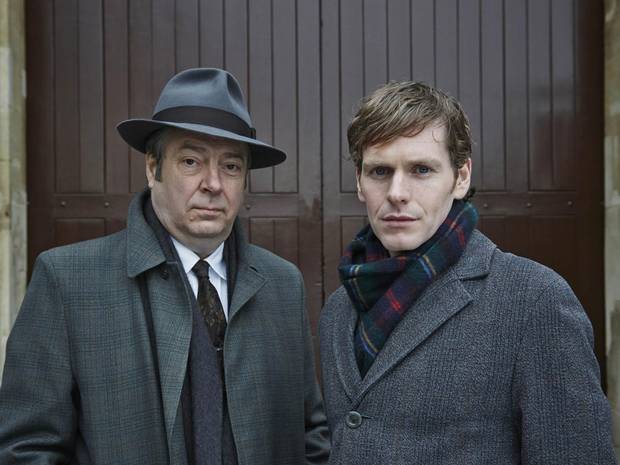 Series 3 will comprise 4, 2-hour films and will once again be written by Lewis and Endeavour creator and Inspector Morse writer, Russell Lewis. Colin Dexter, whose first Morse story was published in 1975, will continue his association with the drama, acting as a consultant to Endeavour producers Mammoth Screen. Set in 1967, three months after Donald Campbell’s ill-fated attempt to break the 300-mile speed barrier on water, the first of the new stories follows the murder of bus conductress Jeannie Hearne on the night she visited the local fairground. With the backdrop of the fun fair the investigation begins.

“1967 is for Endeavour ‘perhaps the end of the beginning.’ Change is abroad in the world and not even the city of dreaming spires can escape its influence. Change for Endeavour, and those most dear to him – personally and professionally. Departures and arrivals. Entrances and exits. Our next quartet of mysteries will take the audience on a psychedelic Summer of Love fairground ride, filled with twists and turns, shrieks and scares. In particular, one encounter at a certain stately home will echo down the years, and have consequences that not even Endeavour Morse could have foreseen. The only constant is death, and Green Shield Stamps,” says writer Russell Lewis.

Endeavour is what television was invented for. The writing, the acting, the production value, the art direction and the overall attention to detail combine to create brilliant drama. What Shaun Evans brings to the table in his creation of Endeavour Morse is immeasurable.

If the news of a series 3 of Endeavour coming your way soon wasn’t enough good news for you, Endeavour is not the only Inspector Morse spin-off to hit the air this year. A new series of Lewis will be aired later this year and feature Morse’s partner Robert Lewis, once again, investigating crimes in Oxford.