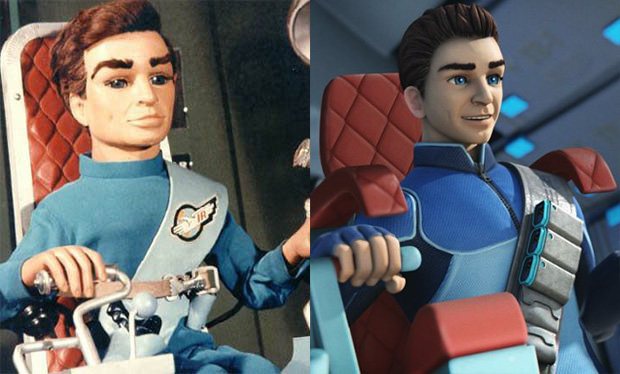 Saturday’s 21st century return of the Tracy brothers in Thunderbirds Are Go could have been disastrous. It was not for one simple reason. Respect. Respect for their elders. The elders, in this case, being the original Thunderbirds, the brilliant mid-60’s creation of Gerry and Sylvia Anderson which featured marionette puppetry combined with scale-model special effects sequences in a hybrid filming technique dubbed “Supermarionation”. Aside from what was a pretty ground-breaking look for 1965, the storytelling in the original was second to none.

While many, like me, may remember growing up in America watching one of the Anderson’s earlier efforts (1962-63), Fireball XL-5, commanded by Colonel Steve Zodiac of the World Space Patrol, Thunderbirds was definitely a bigger worldwide phenomenon. How could you not be an instant fan given the intensity of the first episode, “Trapped in the Sky”. Remember, folks, this was 1965!

Now, fifty years after the world first thrilled to the rocket-propelled exploits of International Rescue, the magnificent Thunderbirds and the Tracy brothers who flew them, the puppets are history and computer animation takes over. The millions of fans worldwide who fondly remember the famous modelwork of the 1965-6 sci-fi series should, at least, give the 21st century Thunderbirds a chance.

“We had no intention of messing with what already worked,” says executive producer Giles Ridge. “So while the new show has CG craft and characters, the majority of the backgrounds are miniatures, achieved in the same way as the original series. It’s a classic for a reason. We thought, rather than follow the crowd, let’s play tribute to the original and offer today’s audience something different by incorporating that same love and attention to detail by building with models. ” 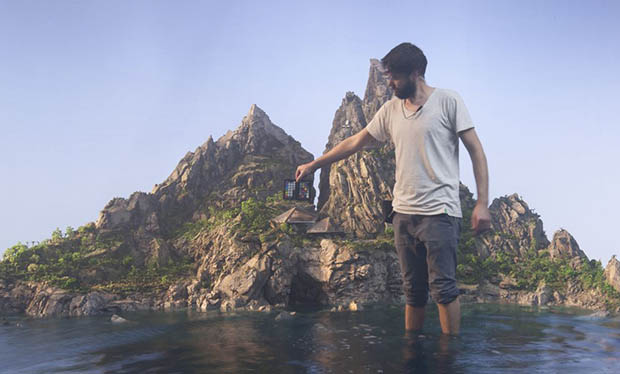 Personally, my big fear with the series is along the lines of how I feel about movies today as compared to movies before special effects came on the scene. What gets lost in the shuffle is ‘story’. Today, it seems like all you have to do is cover the lack of story or a good script with mind-blowing special effects and you have a hit on your hand. Let’s hope the new Thunderbirds Are Go producers respect the writing of the original series as much as they obviously do the look.

Thunderbirds Are Go, a co-production with New Zealand, with effects by Weta Workshop, famous for the Lord of the Rings trilogy, premiered Saturday on ITV at 5:00pm. If you missed it, not to worry. There are 25 more episodes to go in the series. Here’s a Radio Times review of episode one with ‘no strings attached’. For the countless number of fans that sadly reside outside the UK, lets hope the series to find its way to a small-screen near you soon and you can decide for yourself.