There is always joy in Mudville when your favorite series is renewed for another season before the current one concludes. Unfortunately, the telly streets are littered with series that didn’t know their fate until long after the previous series concluded. With only a few episodes left on BBC1, devoted UK Poldark fans breathed a collective sigh of relief this week when news broke that a second series of the 21st century adaptation starring Aidan Turner and Eleanor Tomlinson had been commissioned for eight new episodes. Conversely, American viewers don’t even know that Poldark will soon their new favorite series as season one doesn’t premiere until Sunday, June 21 on PBS. While Poldark won’t make anyone forget that the upcoming series of Downton Abbey will be the last or that we are still months away from the return of Sherlock, it will definitely soften the blow. 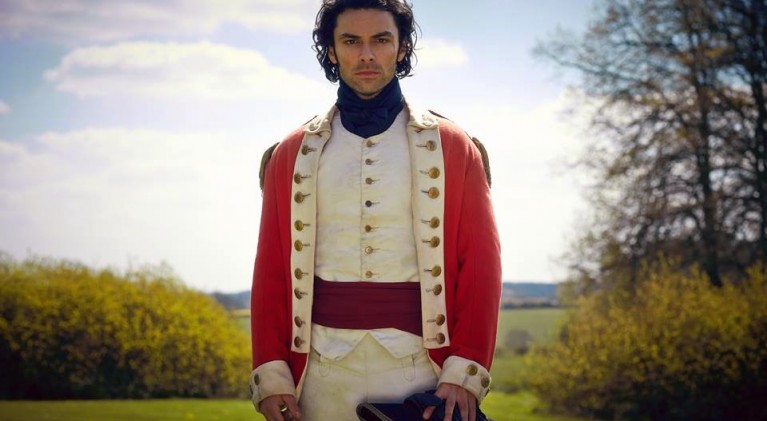 The much-steamier adaptation of the original 1975 series, which starred Robin Ellis as Captain Ross Poldark, also takes place in the 19th century and is based on Winston Graham’s brilliant novels. Set on the stunning Cornish coast and following the adventures of Ross Poldark (Turner) and his kitchen maid-turned-wife Demelza (Tomlinson), the first series was adapted by Debbie Horsfield from the first two novels in Graham’s series, with the eight new episodes set to follow the happenings of books three and four. For those that aren’t aware as of yet that this will soon become your new favorite go-to series on Sunday nights, take a look. For those that need a bit more than Poldark to get them through thr dark days until the return of Downton and Sherlock, you also have Crimson Field, Lewis, Endeavour, Indian Summers, Last Tango in Halifax and more coming your way on PBS! Until then, this will just have to do… 🙂