The ITV comedy satire series, Newzoids, is no Spitting Image but, then again, not much is. Not to say, in any way, that it’s not funny. It’s just a different show and a different time. While it will, undoubtedly, suffer from endless comparisons, Newzoids deserves a chance given the fact that satire is much harder in today’s television landscape than it was for it’s decades earlier predecessor. John O’Farrell, who wrote for many years on Spitting Image, recently described the revolutionary nature and feel of the series that was more than groundbreaking some three decades ago. To me, when making the comparison between the two, Spitting Image had impact, Newzoids is just funny.

Sullivan does feel that Newzoids just might satisfy a British television audience that is currently crying out for a new comedy show that engages the audience with the important business of politics and power. They’ve shown, so far, they have a good handle on pop culture. 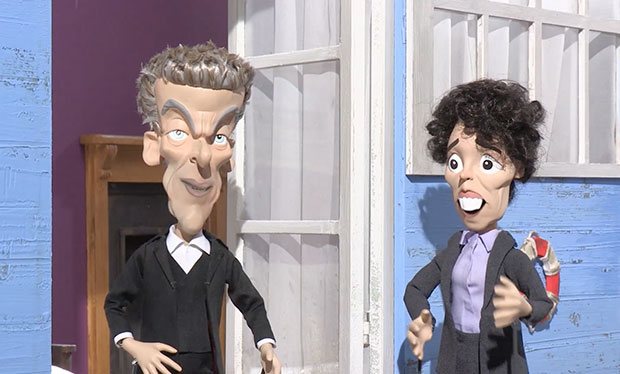 Case in point, one just has to check out their take on a couple of recent efforts starring David Tennant. For some time, Radio Times has been compiling a lengthy list of crossovers between Broadchurch and Doctor Who. Leave it to Newzoids to bring you the ultimate Doctor Who/Broadchurch crossover. You just thought David Tennant regenerated into Matt Smith….

If you’re still needing proof that they have the pop culture part of the series down, check out their Benedict Cumberbatch puppet…. 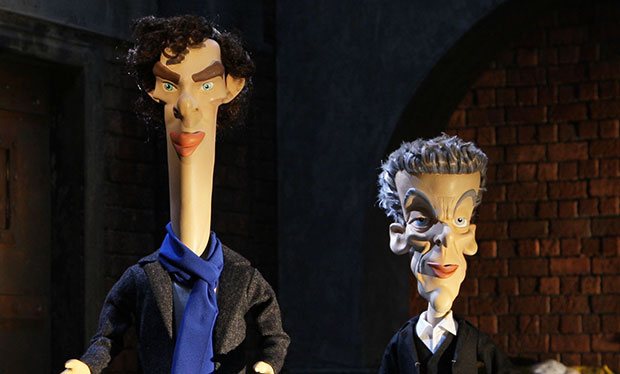