Location filming for long-running British comedies and dramas have long been one of the biggest reasons for tourism. Just ask the folks living in Huddersfield, longtime home to the British comedy series, Last of the Summer Wine. Summerwine Tours has been touring locations throughout Yorkshire beginning with Sid’s Cafe for a number of years. You can also ask those in charge of Visit Cardiff where you can see a number of Doctor Who filming locations or the Earl and Countess Carnarvon over at Highclere Castle if having a long-running series translates to increased tourism. Let’s not forget the good folks who reside in Port Isaac either. After last night on BBC One, there’s a new kid on the tourism block…

While the final episode of series one of Poldark may have transmitted last night, Cornwall will be feeling the effects of the series for years to come. “Film and TV is proven to have a significant influence on holiday decision-making,” explained Malcolm Bell, CEO of Visit Cornwall. “Poldark has been incredible gift to Cornwall. We couldn’t ask for a more powerful showcase and with the second series confirmed it can only get better.” 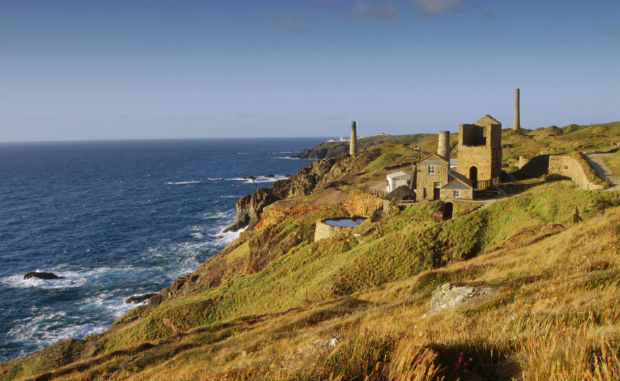 Web hits to Visit Cornwall were up 65 per cent in the 12 hours following the first episode of Poldark. You’ll definitely want to check out Porthgwarra Cove, the spot is where Demelza spies on Ross while he swims in the sea, and where Ross helps Mark escape in his boat. According to Radio Times, there are a number of other local businesses looking to cash in on the Poldark effect. In the coastal village of Portreath luxury resort Gwel an Motr is offering a ‘Poldark break’, which will include a tour of the filming locations and the chance to ride off into the sunset on a horse like our protagonist, with Hallagenna Riding, the company that provided stunt riders for the series. If you need a bit of a jumpstart to plan your upcoming Summer holiday, here’s your chance. You can’t win if you don’t enter…

Visit Cornwall is giving you the opportunity to win the ultimate Poldark experience. The prize includes a 3-night stay at Retallack Resort and Spa, in the luxury suite that the Poldark cast stayed in whilst filming the series. With its beautiful Lake Views, Retallack Resort and Spa is perfectly located near Padstow, Newquay and Wadebridge and boasts fantastic facilities including an award-winning restaurant with Head Chef James Nathan (MasterChef Winner), swimming pool, spa, and fishing lakes.

Not only this, the winners will enjoy an afternoon horse ride with Hallagenna Riding on a trails that will pass several of the locations used for filming the forthcoming Poldark series. Deadline for entry is 30 April.

And, if a Poldark themed contest doesn’t convince you to visit Cornwall, you can sit back in the comfort of your own home, take an aerial tour and get ready for series 2 in 2016. A reminder that series 1 of Poldark premieres Sunday, June 21 on PBS in America.