Cosplay – performance art in which participants called ‘cosplayers’ wear costumes and fashion accessories to represent a specific character or idea.

When you combine spot on cosplay with an individual’s ability to play the piano brilliantly, you automatically think that this has to be considered the ultimate cosplay. Emerging from the TARDIS amidst a cloud of smoke, pianist Sonya Belousova raises the bar with not only this brilliant cover of the ‘Doctor Who’ theme tune but adds the perfect touch by performing as every incarnation of The Doctor. From the mind palaces of arranger/pianist Sonya Belousova and director Tom Grey, this Doctor Who cosplay performance is just what ‘The Doctor’ ordered for fans of the long-running science fiction series. 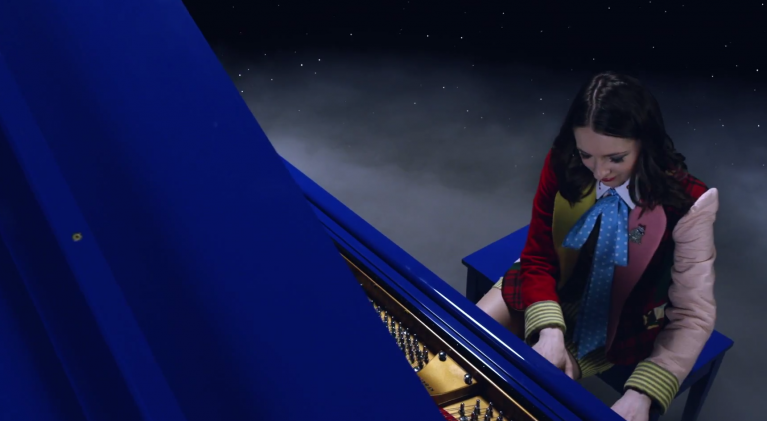 Player Piano has tackled some fairly complex performances in the past including an amazing adaptation of Queen’s Bohemian Rhapsody. The Doctor Who theme seemed to be a logical next step for Player Piano given that producer/director Tom Grey grew up watching Tom Baker’s 4th Doctor while living in the UK and composer/pianist Sonya Belousova’s understanding of not only the cultural phenomenon of the series but the depth in which the 50+ year old theme would give her to exercise her creative talents in paying tribute to all the Doctors. While there may be countless ‘covers’ of the Doctor Who theme all over the Internets, this Player Piano version is one to savor not only for it’s visually stunning tribute to all the Doctors but the original adaption from Belousova putting her own creative spin on the theme.

For more on how Player Piano came into existence and what’s next, check out this Q&A with both Tom and Sonya from The Mary Sue’s Teresa Jusino. Enjoy.