With the news that filming on the fourth series of Sherlock will not begin until Spring 2016, you may just need to renew that membership in the Sherlock Separation Anxiety Society for just a bit longer. Speaking backstage after picking up the BAFTA Radio Times Audience Award at last nights ceremony in London, series co-creator/writer Steven Moffat confirmed that they are getting the Sherlock band back together to begin work on the 4th series of what is, arguably, the best bit of telly on telly. 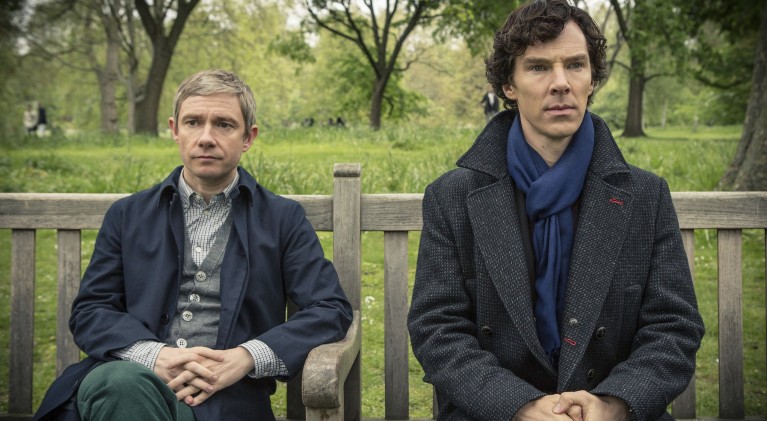 Fortunately, the one-off special that will see Sherlock & Co. head back in time to the Victorian era will hit the small screen, hopefully, this Christmas. For a brief moment, there was a thought that series 4 would follow soon after with new episodes beginning in Spring 2016. Then, reality set in as  it now looks like the schedules of Moffat, co-creator/writer, Mark Gatiss, and series stars Benedict Cumberbatch, Martin Freeman, Amanda Abbington and others will not align to even begin filming until Spril 2016.

According to Moffat, the wait will be worth it saying that the series will represent “…an emotional upheaval“, and leave fans desperate for series 5. “Season four is going to be… I suppose you’d say… consequences. It’s consequences. Chickens come to roost. It’s dark in some ways – obviously it’s great fun and a Sherlock Holmes romp and all that – but there’s a sense of things coming back to bite you.”