For the second day in a row, there is news from backstage at the BAFTA awards regarding one of the winners. Yesterday, it was the news that series 4 of Sherlock would not begin filming until Spring 2016. Today, from the Happy Valley camp, comes the news that James Norton (Sidney Chambers, Grantchester) will return to series 2 as the extremely disturbed serial psycho/killer, Tommy Lee Royce to, once again, torment Sargeant Catherine Cawood, played by Sarah Lancashire. 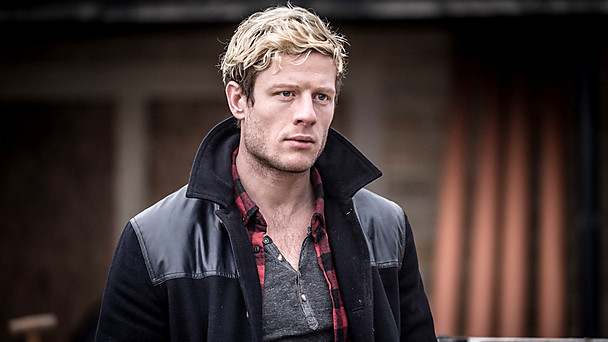 Happy Valley writer Sally Wainwright, who seemed genuinely overwhelmed after reality set in that her series took home the BAFTA, revealed a bit of the series 2 plot line saying, “It’ll be a whole new ball game, with one story continuing and two whole new stories too.” Earlier, Wainwright spoke with Radio Times about Happy Valley, Last Tango in Halifax and Scott & Bailey. While nothing is set yet from a transmission standpoint, look for the 3rd set of Happy Valley on BBC1 sometime late in 2015.