One element that British producers have always excelled at are the behind-the-scenes bits and bobs that American television viewers usually know as the ‘DVD extras’. Getting to go behind the scenes and hear the back story as to how a series was put together from not only the actors perspective but to also hear the producer, director or costume designer speak to the level of detail to which they go to to put the best product on the small screen is great telly that shouldn’t be relegated to an obscure menu item on a DVD boxed set. 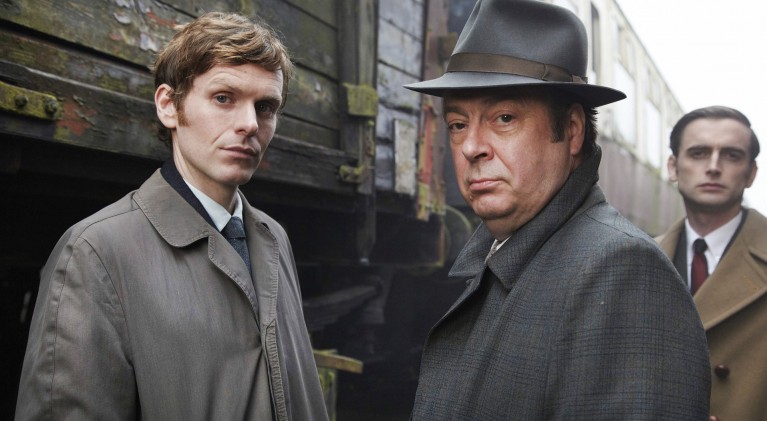 In the case of Endeavour which will return to both ITV and PBS beginning in 2016, the ITV series Crime Connections took a look at the monumental task before those involved in the creation the ‘prequel’ which was to initially get past the obvious comparisons to John Thaw in the original Inspector Morse series.

Series 3 of Endeavour will be comprised of 4, 2-hour films and will once again be written by Lewis and Endeavour creator and Inspector Morse writer, Russell Lewis. Colin Dexter, whose first Morse story was published in 1975, will continue his association with the drama, acting as a consultant to Endeavour producers Mammoth Screen. Set in 1967, the first of the new stories follows the murder of bus conductress Jeannie Hearne on the night she visited the local fairground. With the backdrop of the fun fair the investigation begins. When we last saw Endeavour Morse, viewers witnessed a falsely accused Morse, played by Shaun Evans, isolated and alone languishing in prison, framed for the murder of Chief Constable Rupert Standish.

Endeavour is what television was invented for. The writing, the acting, the production value, the art direction and the overall attention to detail combine to create brilliant drama. What Shaun Evans brings to the table in his creation of Endeavour Morse is immeasurable. Look for new Endeavour programs sometime in 2016.