The fourth series of Call the Midwife has come and gone with the final episode airing Sunday night on PBS stations across America. For those that have been with the series from the beginning, you already know what others are just discovering. CTM is one of the best dramas on telly today, if not the best. Last nights series 4 finale was no exception. There were more plot line twists and turns that the law should allow as it was definitely a 3-4 box of kleenex finale. How did you like the finale?

***Series 4 SPOILER ALERT below. Do not read if you haven’t seen S4 finale*** 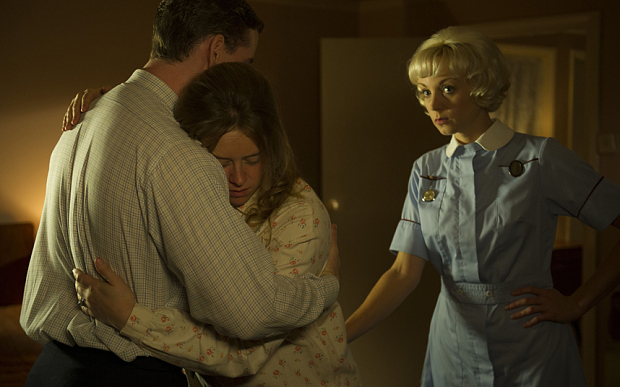 What has been very noticeable from the beginning of this season is that with the departure of Jenny Lee (Jessica Raine), Trixie (Helen George) has stepped it up a notch showing there are so many more layers to her character than just being the bubbly glamour girl of Nonnatus House. Last night alone, Trixie helping a deaf patient who is concerned that her child may inherit her condition was worthy of an entire box of kleenex alone. She then capped off the series finale by admitting to being an alcoholic and finally joins an alcoholic support group with the help of Sister Mary Cynthia.

The biggest surprise involved the burgeoning relationship of Patsy and Delia. I swear CTM producers must have rewatched the final episode of series 3 of Downton Abbey before writing as just when the two get a flat together everything comes to a screeching halt (think Matthew Crawley, Lady Mary and newborn son, George) with Delia happily riding off on Patsy’s borrowed bicycle knocked over by a passing motorist and waking up in hospital having lost all memory of her orientation. Personally, this seemed a bit odd to develop this storyline for several episodes only to have it abruptly come to an end.

Never a series to shy away from serious social issues of the time, the final box of kleenex is needed when a female patient is diagnosed with a serious condition called hyperemesis gravidarum. What was originally thought to be just a case of nerves is now much more serious and she is treated with thalidomide. As Doctor’s begin to make plans to get more of this ‘revolutionary wonder drug’ thinking it do nothing more than alleviate nausea and cure morning sickness, well, you know where this is going….

Thankfully, there were highs aplenty beginning with the Nonnatus House return of Chummy (Miranda Hart), complete with her mothers ashes in hand. And, despite Marlene’s interference, Fred and Violet finally tie the knot with the help of Chummy.

Filming on series 5 of Call the Midwife is set to begin soon with cast getting together earlier this month for read-throughs. The series will return to both BBC 1 and PBS for a Christmas special followed by a full series of 8 episodes beginning in 2016 (January 2016 on BBC 1 and March 2016 on PBS). 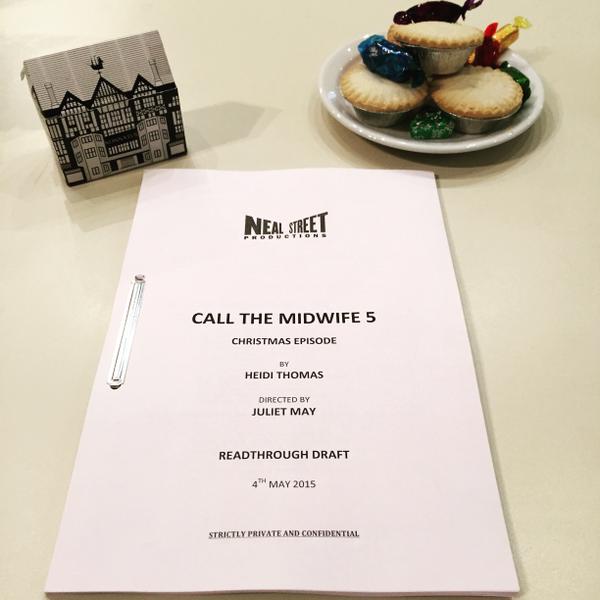