The 60th edition of the annual Eurovision Song Contest musical event is in the books. The contest took place Saturday evening in Vienna, Austria, as a result of Conchita Wurst’s victory in the 2014 edition with her song “Rise Like a Phoenix”. Contestants from 27 countries competed for the trophy. The finalists were determined by naming ten each from the two Semi-Finals held last Tuesday and Thursday before the Final with the contestants of Australia, Austria, France, Germany, Italy, Spain, United Kingdom having already qualified. 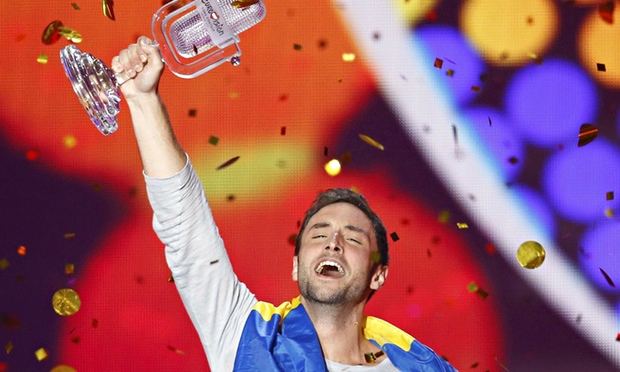 With all 40 original participating countries voting in the finale, Sweden won the contest with Måns Zelmerlöw, Swedish pop singer and television presenter, performing “Heroes”, topping Russia and Italy to become the first country to win Eurovision twice in the 21st Century. The United Kingdom entry of British duo Electro Velvet singing “Still in Love with You” finished 24th out of 27 garnering only 5 points. If its any consolation for the UK entry, France received only 4 votes with both Austria and Germany receiving 0 votes. Try having to live down getting zero votes in the finale when you’re the host country!