In the seemingly endless search for the ‘next Downton Abbey‘, Channel 4’s Indian Summers comes to PBS in September following its successful winter run in the UK. Set in the summer of 1932, Indian Summers, details the events of summers spent at Simla, in the foothills of the Himalayas, by a group of British socialites at the time of the British Raj. 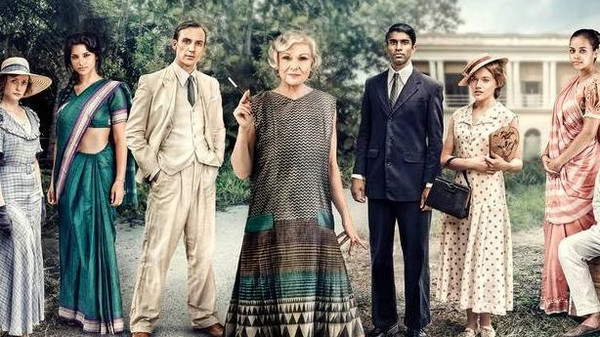 Indian Summers stars Julie Walters as Cynthia Coffin, the widowed owner of the Simla Royal Club, which is the center for gossip and entertainment among the Brits. Even though Indian independence is still 15 years away (1947), for those like Walters’ character, the thought of independence scares her to say the least as she can feel both Britain’s power and occupation of India beginning to decline.

With the promise of more political intrigue, adultery and murder, series two will pick up in the summer of 1935. “Our story moves forward three years, to a Viceroy’s last summer, a political gamble to stifle Independence and a great reckoning for Ralph, Alice and Aafrin,” creator Paul Ruman said. Sharing her excitement for a second series, Walters said, “I can’t wait to get back to the old girl! There’s some fantastic stuff to come in this series and Cynthia’s naughtiness goes up several notches.”

In addition to Walters, also returning for series 2 will be Rick Warden (Happy Valley), Patrick Malahide (Game of Thrones) and Henry Lloyd-Hughes (Harry Potter). Added to the cast for series 2 will be James Fleet (Vicar of Dibley, Four Weddings and a Funeral, The Hollow Crown) as Lord Hawthorne, Art Malik (The Jewel in the Crown, True Lies) as the Maharaja Maritpur, Blake Ritson (Da Vinci’s Demons, Upstairs Downstairs) joins as Charlie Havistock, the abusive and, until now, estranged husband of Alice (Jemima West) and Rachel Griffiths will portray Sirene, his mysterious Australian mistress who has a surprising past.

While much of these cast additions will not mean a great deal to PBS audiences in America just yet given the fact that series one will not premiere until Fall 2015, UK audiences have been waiting (im)patiently for this information since the first series ended last month as the search for the next Downton Abbey continues.

Me? I’m totally setting the DVR for series 1 so I know what all these cast additions mean….