Borrowing a page from the Penny Dreadful playbook, Dickensian will bring together the likes of Mrs Bumble and Fagin from Oliver Twist, Scrooge, Miss Havisham and and a host of others from the world of Charles Dickens to live side-by-side in 19th century Victorian London for an ‘epic’ 20-part series set to air later this year on BBC1. 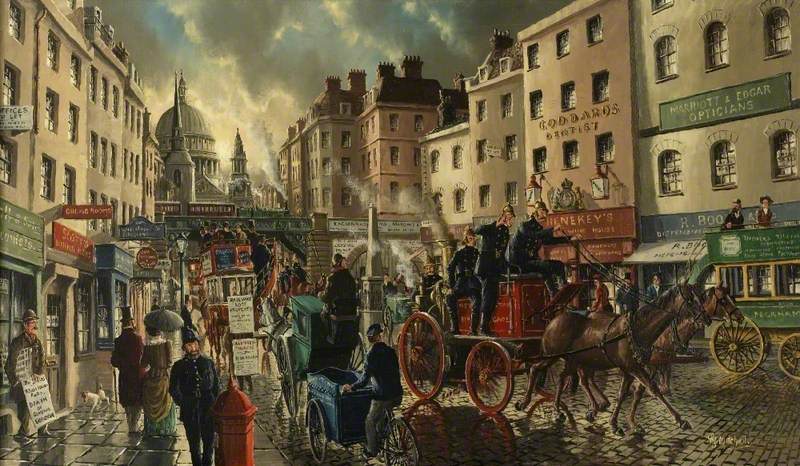 Dickensian, which began filming this week, was written by Tony Jordan, (Hustle, Life on Mars, EastEnders). Production company, Red Planet Pictures, also known for their handiwork on Death in Paradise, have constructed a 90-meter, cobblestone 19th century street for Dickens’ characters to inhabit. As well as a church and law courts, it will house The Old Curiosity Shop next door to The Three Cripples Pub, while Fagin’s Den will be hidden down one of the many back alleyways. Overall there are 27, two-story buildings on the street and seven back alleys that lead to a parallel 30 meter street.

An array of new and established British talent including Peter Firth, best known for heading up the Counter Terrorism Unit or Section D of MI5 in Spooks, Tuppence Middleton (Spooks: the Greater Good, The Imitation Game), Ellie Haddington (Foyle’s War, Ordinary Lies), Sophie Rundle (Peaky Blinders, Happy Valley) and Omid Djalili (The Omid Djalili Show, Sex And The City 2) have signed up to be a part of the project.

Dickensian will be telecast on BBC1 in half-hour installments later this year with no word as of yet as to an American broadcast.