Here come the Teletubbies. Since they first appeared on our collective telly screens in 1997, Tinky Winky, Dipsy, Laa-Laa and Po, the creation of Anne Wood and Andrew Davenport, have been seen by over one billion children in more than 100 countries. Teletubbies say “Eh-oh!”, the single based on the show’s theme song, reached number 1 in the UK Singles Chart in December 1997 and remained in the Top 75 for 32 weeks, selling over a million copies.

While it has been a decade since the Teletubbies aired in America on PBS, they were a pop-culture phenomenon amongst college and university students despite their target audience being pre-school age. There were times that audiences for Teletubbies on public television stations were greater at 1:00am than at 8:00am. Pop-culture icon status aside, unfortunately, they weren’t timeless given the fact that they originally had analog TV screens on their stomachs and antennae on their heads. That is SO 20th century, don’t you think?. 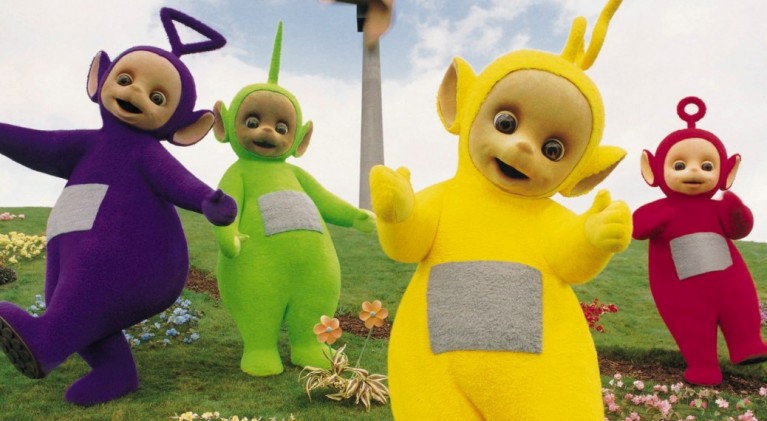 Not to worry, however, as when the show makes its 21st century return on CBeebies later this year, the Teletubbies will be getting a new look designed to appeal to today’s digital-savvy children including iPad-style tummies which will screen live-action films from a child’s perspective. In addition, there will be virtual flowers which gradually come into bloom as the episode progresses, and an eco-friendly windmill made from real materials. What could possibly be next? 7-Grain Tubby Toast and gluten-free Tubby Custard? Better look out Noo-Noo, you might be looking at a 21st century life as a windtunnel vacuum cleaner with a cyclone technology makeover if you’re not careful.

The original Teletubbyland site where the Teletubbies went to play was Wimpstone Farm in Warwickshire, home to not only the Teletubbies but the iconic windmill, the Tubbytronic Superdome and way-oversized scary rabbits. Having had the opportunity to be at Wimpstone Farm during filming of the original series, I couldn’t help but notice the sheer magnitude of the set. Without going into great detail that give away all of Anne Wood’s carefully guarded secrets, the huge windmill towered over the farm while the 6 foot and taller Teletubbies played amongst the flowers. Somehow, with the 2015 makeover being filmed on a ‘replica model set’ it just won’t be the same. I think I’m with co-creator Anne Wood on this one and won’t be watching at 8:00a or 1:00a.

Besides the visual makeover, Jim Broadbent and Fearne Cotton (Top of the Pops) will star as the voice trumpets that come up out of the ground and Jane Horrocks (Absolutely Fabulous) as the mobile phone looking ‘tubby phone’. I have to wonder who will be the face in the sun that overlooks Teletubbyland as we all know the original ‘face in the sun’ is approximately 20 years old now so she’s going to need a makeover too. 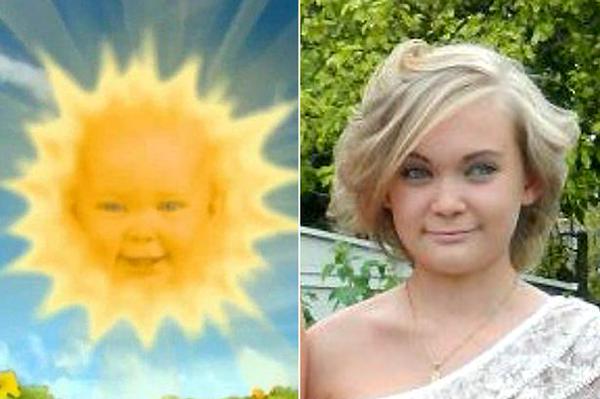 The new Teletubbies will air on CBeebies later in 2015. No American broadcast dates set as of yet.