Fresh on the heels of a monstrously successful Sherlocked get together comes news of the official BBC Doctor Who Festival at London’s Excel. Slated to attend are current Doctor Peter Capaldi and series showrunner Steven Moffat. If Sherlocked is any indication, one would guess that there will be a host of other guest announcements coming our way soon.

It seems as though the Doctor, himself, is pretty pumped about the event, “If having the world’s favorite Time Lord back on screen every week isn’t enough for you (and it’s not for me) then The Doctor Who Festival in London is the place to be,” said Capaldi. “I’ll be heading there in November to join the fun and if it’s anything like the 50th anniversary event, then prepare yourself for total Time Lord mania.” Knowing what a fan Capaldi was of the series growing up, I wouldn’t have expected anything less. 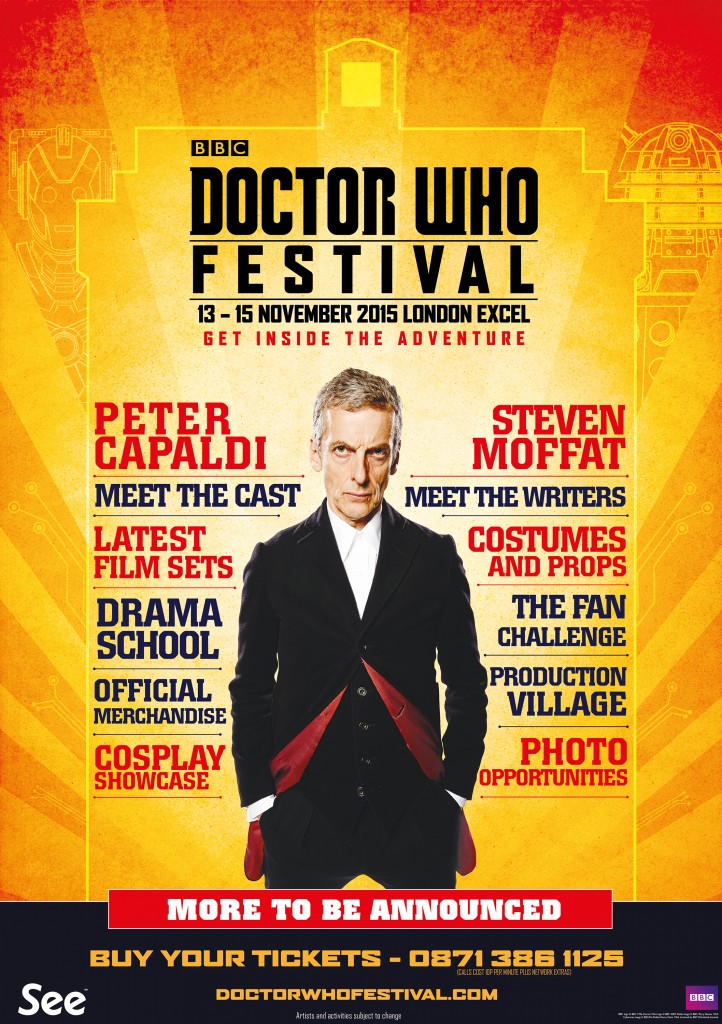 The festival will take place 13-15 November and include interactive elements, fan quizzes, props from series 8 and 9 and much more. Tickets will be available beginning TODAY, 5 June, at 10am. That’s UK time folks so if you are outside the UK, set the alarm and make early, early morning plans to go online to doctorwhofestival.com or give them a call.

The cool thing about the fest, aside from getting to meet the cast, will be the endless behind-the-scenes opportunities to see how the Doctor Who sausage is made. Fest attendees will get to hear from the writers who create the story lines, see a selection of costumes and props from the forthcoming 9th series, once-in-a-lifetime photo-ops on some of the actual series 9 Doctor Who sets and hear from the actors themselves about some of the techniques and secrets that they learn for the filming of Doctor Who. 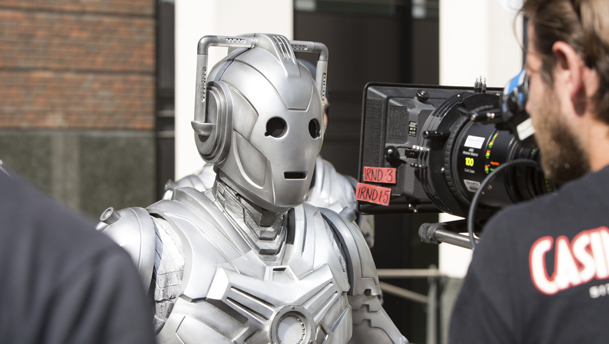 Finally, as one would expect, there will be endless cosplay opportunities, a merchandise shopping village and a fan challenge so set the alarm now or go online at 10a UK time today.